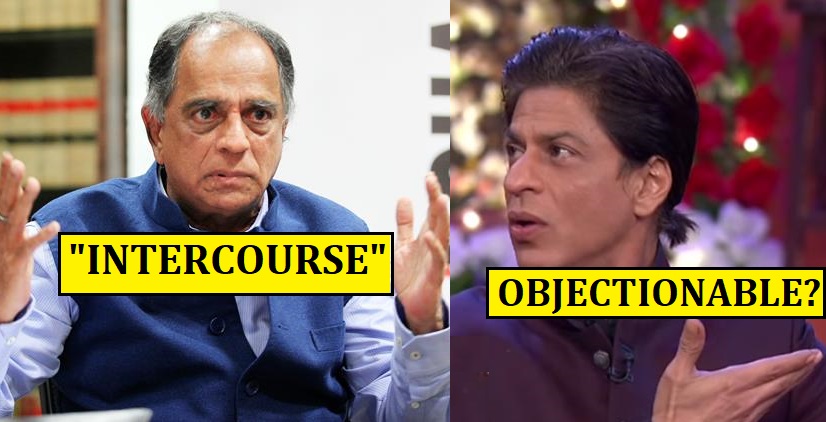 Recently, the Central Board of Film Certification (CBFC) chief Pahlaj Nihlani while reviewing the film "Jab Harry Met Sejal", had told it's makers to remove the word 'intercourse' from one of the the mini trail. However, he told one of the media houses that 'if the makers get one lakh votes in support of the word he would clear it.'
Last night, during one of the promotional activity of the film at a Mumbai club, Shah Rukh Khan said that the (CBFC) has misunderstood the word 'intercourse'.
He said: "The way people have voted in favour of us, I feel, same way they should come to watch our film. I will be very happy. I feel the CBFC misunderstood the context of that word. We respect CBFC a lot. It's our department. They are doing their job and we are doing ours and as far as that scene is concerned, I don't think there is anything objectionable in that."
"Jab Harry Met Sejal" directed by Imtiaz Ali, stars Shah Rukh Khan and Anushka Sharma and is all set to hit the silver screens on August 4.

xxMATSxx 3 years ago people have nothing better to do in india. literally.

Sanjay Dutt Admitted In Hospital Due To Breathing Problems; ...
33 minutes ago