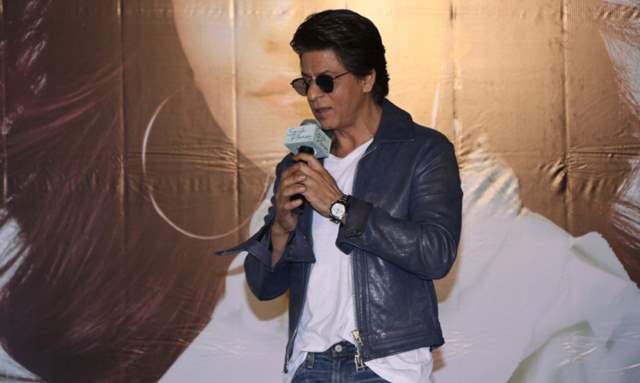 Currently, the King of Bollywood Shah Rukh Khan has been heartbroken over his consistent flops. The actor failed to impress the critics and his fans with the latest release - Zero. The film marked the collaboration of Katrina Kaif and Anushka Sharma.

Until now, the actor has had one of the most successful careers in the history of Bollywood. Although, past few years seem to have been a nightmare for Shah Rukh Khan. However, the actor’s optimistic perspective towards life and his career in films has kept him running on the edge, taking risks. But, he never seems to be disheartened by the fact and he never seems to lose hope.

During the trailer launch of a Marathi film, King Khan made an appearance at the promotion of the upcoming film - Smile Please. The film is directed by Vikram Phadnis and he mentioned that his upcoming film’s story is loosely inspired by his mother.

Talking about it, SRK said: “I think there is a little bit of a biographical writer, director, and producer in all of us, so some parts of our life always get reflected in some special films and I am sure that Vikram has made an extremely special film.”

Backstage, I asked Vikram ‘whether you made a good film or not?’ and with my current track record of films, I am no one who should ask him whether he has made a good film or not. But when you work for so many years, you can be a bit patronizing.“I told him to make action and comedy films, but he said ‘I made this film from my heart’, so I think there is no better film in the world when it comes from the heart, so I hope this film reaches everybody.

On the work front, Shah Rukh will be voicing Mufasa in The Lion King (2019) along with his elder son Aaryan Khan who will be dubbing as Simba in the upcoming film.