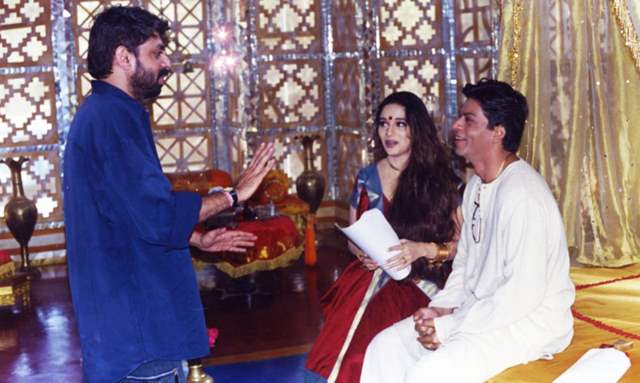 Counted amongst one of the brightest gems of Indian Cinema, it was today when Sanjay Leela Bhansali's Devdas had hit the theatres. 11th July 2021 marks the 19 glorious years of epic drama of childhood romance, passion, love, separation, and pain.

Bhansali's cinematic adaptation of Devdas, a Hindi literary masterpiece by Sarat Chandra Chattopadhyay, won over both the critics and the audience. The film remains the all-time favourite of every cine-lover across the globe. While each scene looked straight out of a beautiful painting, the magnificent sets and splendid costumes made the film one of its first kinds.

As the film completed 19-years on Monday, Shah Rukh Khan shared the pictures on his social media handle and credited the team for success. However, he did shed light on an 'issue' he faced during the making of the movie.

"All the late nights….the early mornings…. hard pace & problems. Worked out fine because of the gorgeous @madhuridixitnene . The stunning @aishwaryaraibachchan_arb , ever cheerful @apnabhidu dada, full of life @kirronkhermp and the whole team slogging it under the masterful and patient #sanjayleelabhansali. Only issue….the dhoti kept falling off….!! Thx for the love everyone. #19YearsOfDevdas," he said.

On the other hand, Madhuri cherished the grandeur of the film, as she wrote, “Reminiscing some great and happy memories from the sets of Devdas. Even 19 years later it all feels so fresh! Thank you Sanjay for sharing these. Will Cherish these forever!”

She also paid a tribute to late Dilip Kumar, who had essayed ‘Devas’ in 1955, before SRK played the part. Madhuri wrote, “Here’s our ode to #DilipKumar, just like #Devdas, you will continue to live on… forever! #19YearsOfDevdas.”

Even after 19 years of its release, the film's album echoes in each viewer's heart. From Bairi Piya, Silsila Ye Chahat, to Hamesha Tumko Chaha, these songs perfectly encapsulated love in its truest form. On the other hand, Maar Dala, Kahe Chhed Mohe, and Dola Re Dola to date remain the dance anthem.

Regarded as one of the most expensive films back in the day, Bhansali's masterful direction and attention to detail earned him international recognition.