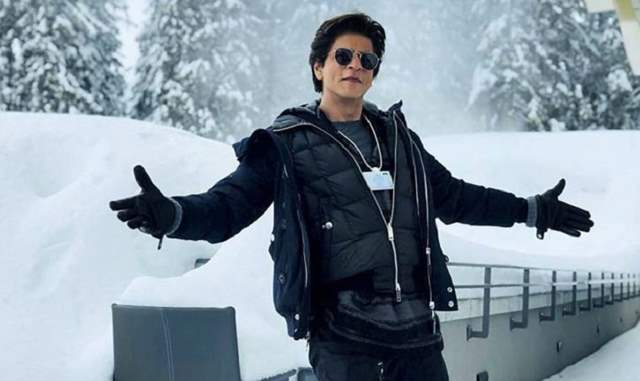 After Zero, now fans are super excited to know about Shah Rukh Khan's next project. Earlier, there were reports that King Khan might reunite with Farhan Akhtar for the third instalment of Don. However, the director refuted these rumours.

And now there are reports stating SRK being pitched Dhoom 4 by Yash Raj Films. This comes in, especially after Shah Rukh walked out of Saare Jahan Se Achha - the Rakesh Sharma biopic and did not announce his next project as yet.

A recent report on BollywoodHungama suggests on behalf of sources that the folks at Yash Raj Films have pitched Dhoom 4 to Shah Rukh Khan. In case SRK finally agrees to be a part of the action franchise, then Abhishek Bachchan and Uday Chopra will reportedly make way for a new set of cops in the film's franchise. Not just that, the fourth instalment in the Dhoom series is also likely to be helmed by a new director.

However, the last couple of years have not been so good for King Khan as his films Jab Harry Met Sejal and Zero received mixed reviews from the audience. But it will be great to see SRK back in action and that too with the Dhoom franchise. What's your say? Comment your views below.

SamW92 1 years ago SRK looks great in long hair. Hope he's there in Dhoom 4. Also hope Don 3 is made soon.

Harry Potter Reissue Works Wonders in China With ...
10 hours ago

Nikolaj Coster-Waldau Almost Donated to the Cause for New ...
10 hours ago

Sanjay Dutt To Finish 'Sadak 2' Dubbing Before Flying For ...
11 hours ago

'Saathiya' Fame Rucha Hasnabis' Father Passes Away After ...
11 hours ago