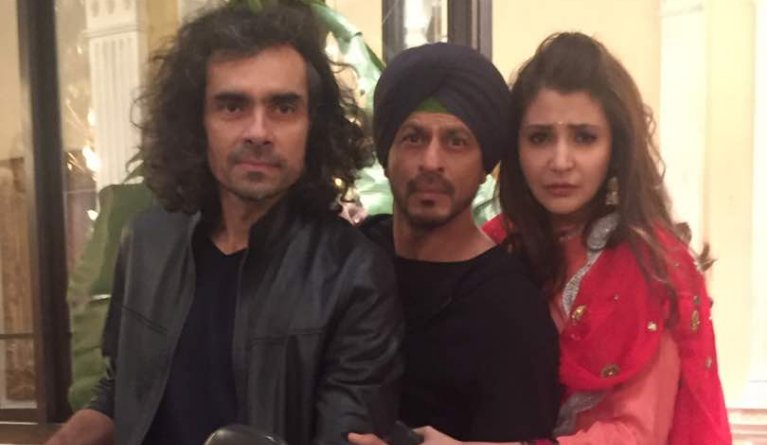 Imitiaz Ali who turned a year older yesterday had a very special birthday celebration. Shah Rukh Khan celebrated director Imtiaz Ali's birthday by cutting a cake.
The director of the upcoming flick 'Jab Harry met Sejal' was accompanied by his daughter Ida Ali and king Khan and few close friends. Shahrukh Khan greeted Imtiaz Ali with warm birthday hug and both of them were seen treating each other with birthday cake.
Anushka Sharma who is the leading lady of the film took to Twitter to wish him. The makers of 'Jab Harry Met Sejal' changed the marketing grammar, to come with 'Mini trails'
'Mini trails' are a series of 30 second clips from the film which will be released first as an introduction to what 'Jab Harry met Sejal' team has in store to offer.
The first look of the film has generated immense buzz amongst the audineces and people just cant wait to witness more of it.
Imtiaz Ali's 'Jab Harry met Sejal' traces the love story of a Punjabi guy played by Shah Rukh and a Gujarati girl essayed by Anushka.
Presented by Red Chillies Entertainment, 'Jab Harry Met Sejal' is directed by Imtiaz Ali. The film is all set to release on August 4th 2017.
0 Likes