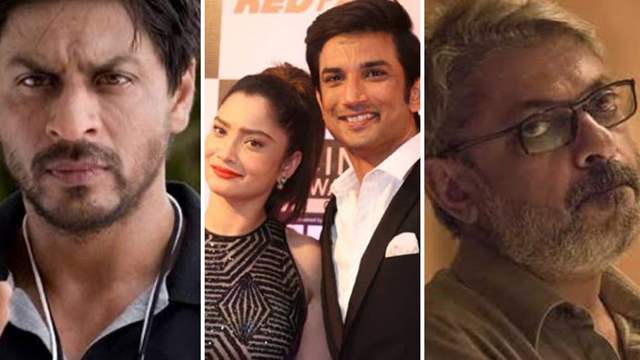 Ankita Lokhande became a household name with the popular television serial ‘Pavitra Rishta.’ Her chemistry with her co actor, late Sushant Singh Rajput won many hearts, making them one of the most loved couples on screen.

Ankita and Sushant even dated for six years until they broke up in 2016. In a new interview, the actress talks about how she rejected big banner Bollywood films to support her then boyfriend Sushant.

Ankita made her Bollywood debut in 2019 with the film Manikarnika: The Queen of Jhansi. However, she says that she was offered many big projects but rejected films like Happy New Year, Bajirao Mastani, and Sultan.

“I gave up on many things. I gave up on Happy New Year. I remember Farah (Khan) ma’am had offered me this film. I had met Shah Rukh Khan sir also. He had assured to give me the best debut. But back of the mind, I was in Macao, Sushant, Shah Rukh sir and I. I was like Bhagwan mera naa ho yaar”, she tells Bollywood Bubble.

She also shares how she refused to be a part of the film Bajirao Mastani when Sanjay Leela Bhansali approached her for the same.

In the same interview, Ankita Lokande opened up about having suicidal thoughts after breakup with Sushant Singh Rajput in 2016.