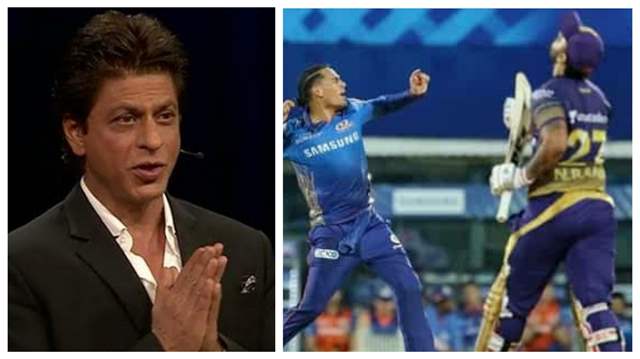 Considering there isn't much new content coming out to watch lately owing to the extended pandemic, one of the most entertaining spectacles every year for all the fans out there has been that of IPL.

We know how the 13th edition of IPL (Indian Premier League) just began a few fays ago and already there have been quite some scintillating matches to witness. Today, however was a shocking one where Kolkata Knight Riders (KKR) went on to lose the march against Mumbai Indians (MI) from an almost undefeatable position. Getting 31 runs of 28 balls is a cakewalk but KKR stumbled badly and lost the match by 10 runs.

This has led Twitter yo explode with their reactions and it seems that the owner of KKR himself is also not too impressed by this and went on to express his take. He tweeted, "Disappointing performance. To say the least. @KKRiders apologies to all fans"-

Indeed this is one of those matches that had to be addressed by the owner man and superstar as it seemed like a clear thing that KKR would obviously win but ended up losing it.

1 months ago Such a slap on the face of players. Never heard any player saying sorry after losing. They already donot like after losing but this guy is trying to top them by being a bigger cricketer

+ 5
1 months ago I dnt even watch cricket but some of these fans are ridiculous if they complIn about a loss. Athletes are humans. You cant win everything. You wont perform perfectly each match. Loss is inevitable. True fans are those who stick with their team, and dont rquire apologies if they underperform.