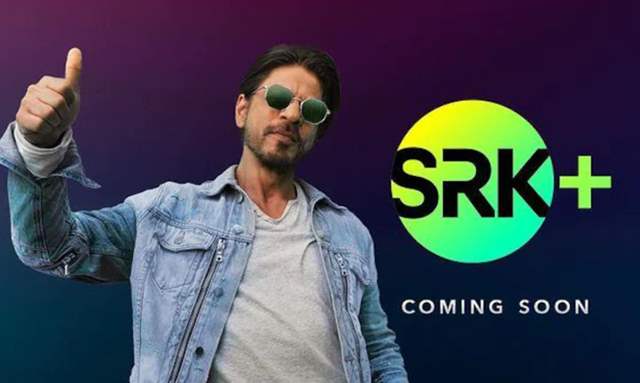 Shah Rukh Khan is definitely turning heads as he has made an announcement on social media about his OTT project, his own app on the OTT platform and it is being called SRK+. Shah Rukh has sent fans into a frenzy as they wonder what will the app be about and what is in store after all.

Khan has been in the news for the longest time now and this has simple added to everyone's excitement and how. No sooner than SRK shared the post, Salman Khan also congratulated him and went on to reveal the details a little clearly, mentioning that it is his OTT app.

SRK shared a photo with SRK+ logo and himself posing with a thumbs up on social media and wrote: Kuch kuch hone wala hai, OTT ki duniya mein.

Now that the cat is out of the bag, fans are waiting for more details to follow!

Meanwhile, Shah Rukh was in the news recently after the teaser of Pathaan came out a while ago. Though it had more of Deepika Padukone and John Abraham, fans went gaga over SRK's mere glimpse from the teaser.

Sharing the teaser, Khan had written on social media, “I know it’s late… But remember the date… Pathaan time starts now…See you in cinemas on 25th January, 2023. Releasing in Hindi, Tamil and Telugu. Celebrate #Pathaan with #YRF50 only at a big screen near you.”

Fans can finally say, the more the merrier as far as the actor's upcoming ventures are concerned, isn't it?

praveen27 1 months ago If any video creator or business wants to launch an independent OTT platform you can approach video streaming platform providers like Flicknexs as they help build an OTT platform.

+ 8
3 months ago Wow congrats to SRK. He is truly back haan. Movies n now this OTT platform.