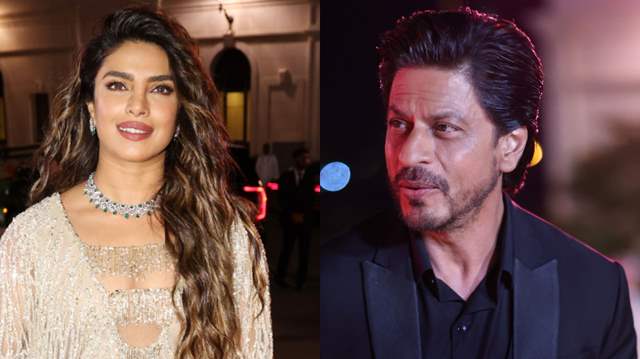 Shah Rukh Khan has been in the headlines for the past few days since his visit to Saudi Arabia. The actor recently wrapped the filming of his much-anticipated film 'Dunki' and also thanked the ministry of Saudi Arabia as they assisted in making the filming procedure easy for them.

The King Khan of Bollywood, who was in Saudi Arabia on Thursday attended the Red Sea International Film Festival. Photos from the event have been making rounds online. In addition to him, Priyanka Chopra Jonas and AR Rahman were also in attendance.

Shah Rukh Khan, a Bollywood actor, has a huge fan base both inside and outside of Bollywood. Fans go crazy for even the smallest glimpse of the celebrity. He went to the Red Sea International Film Festival last night, and he looked sharp in all-black. He appeared as good-looking as ever in a black suit. He greeted the photographers while flashing his million dollar grin. On the other side, Priyanka Chopra looked stunning in her golden sequin outfit. She posed on the  red carpet while donning a floor-length gown. T he desi girl posed with a namaste in typical indian flair. In a black suit, AR Rahman also posed with SRK.

Shah Rukh Khan received an honorary prize from the Red Sea International Film Festival in Saudi Arabia. Mohammed Al Turki, the CEO of the Red Sea International Film Festival, stated while presenting the actor's award, "We are happy to be honouring Shah Rukh Khan, who is a tremendous talent and a global superstar. He has enthralled audiences ever since his first performances and is one of the most well-known actors in the world right now.

Expressing his gratitude he said, “I am truly honored to receive this award from the Red Sea International Film Festival. It’s wonderful to be here among my fans from Saudi and the region who have always been huge supporters of my films. I’m looking forward to celebrating the region’s talent and being a part of this exciting film community.”

SRK will also be seen in films like Pathaan, Dunki and Jawaan. 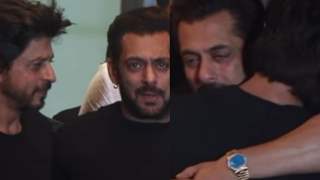