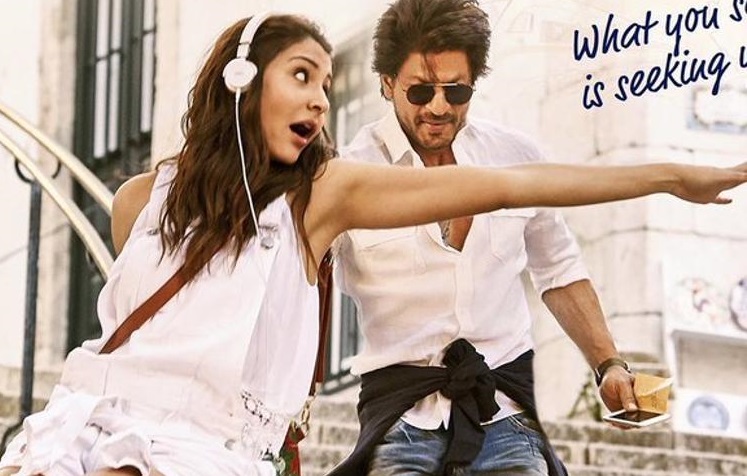 'Jab Harry Met Sejal' celebrates fans' special moments!
Shah Rukh Khan and Anushka Sharma have taken the Internet by storm ever since the first announcement of 'Jab Harry Met Sejal'.
The posters of their film directed Imtiaz Ali, were out recently and have received a spectacular response.
The posters are said to have captured the liveliness of the characters, their chemistry, and the locations.
Looking for all the love and appreciation the posters have been receiving, the makers have started a promotional activity on Facebook and Twitter for fans to customize the poster with their own pictures and names.
The online audience showed their excitement for the film by participating enthusiastically.
They were delighted to have their own relationships being celebrated in 'Jab Harry Met Sejal' style as their names are replaced with Harry and Sejal on the same template as the poster.
The activity reached out to about 2 cr people on Facebook and Twitter in less than a day.
Produced by Red Chillies Entertainment, 'Jab Harry Met Sejal' is slated to release on 4th August, 2017.
FB link-
https://m.facebook.com/story.php?story_fbid=1500128266718739&substory_index=0&id=526493767415532
Twitter Link-
0 Likes

priya185 3 years ago The activity has already finished and stopped