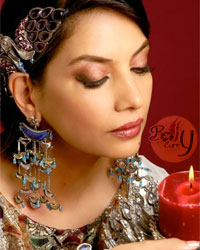 An artist of great aplomb, winner of a record 5 National Awards, and 4 Filmfares, veteran actress, woman activist, and Member of Rajya Sabha, Shabana Azmi is all ready to set her foot on Hollywood grounds. News has it that Azmi will soon be seen in a movie based on our generation's most dreaded terrorist, the late Osama Bin Laden.

The film is to be an adaptation of a well known book authored by Katherine Biglow, based on the internationally stamped pariah and Taliban leader, Osama Bin Laden's sensational 2011 killing in Abbotabad.

The grapevine is abuzz with news of Azmi being tipped to play a pivotal role in the film. An alumnus from FTII, Shabana has herself not yet gone on the record to deny or confirm the news.

What can be anticipated as a seriously involving project of lasting impact, this yet untitled venture might as well be Shabana Azmi's maiden step out of native cinema! We wish her the best, whatever her decision may be.