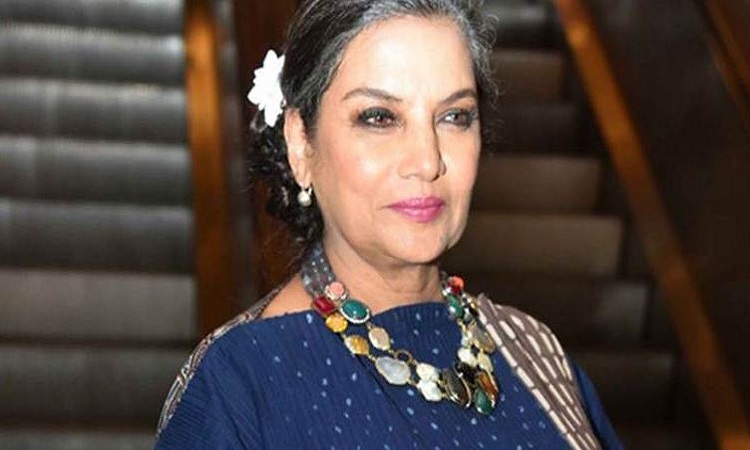 Veteran actress Shabana Azmi is impressed with actor Ranbir Kapoor after watching his performance in "Sanju".

"Rishi Kapoor, what a tour de force performance by Ranbir Kapoor in 'Sanju'. He takes your breath away in creating the amazing likeness to Sanjay Dutt without ever slipping up on the authenticity of the emotion. Bravo," Shabana tweeted on Friday.

"He is ably supported by Vicky Kaushal by endearing portrayal," she added.

To which, Rishi responded: "Thank you, my dear. You have always encouraged all of us every time but this time it feels better when you talk about Ranbir. I haven't seen the film as yet -- will, as soon as I am back."

Shabana went on to mention "you will be extremely proud of him.. and Neetu toh ... khushi sey ro dengi (She will cry with happiness)."

Rajkumar Hirani has brought the story of his life on the silver screen with "Sanju", in which Ranbir is seen as Sanjay Dutt. The film opened in India on Friday.

Dia, who is seen as Sanjay's wife Manyata Dutt , also posted: "Our film is now yours! It has been such a wonderful experience working with such amazing co-stars and my favorite director."

"Movies have failed earlier but Ranbir Kapoor never failed... but this time the movie 'Sanju' has lived up to everyone's expectations and Ranbir Kapoor has excelled as an actor and portrayed Sanjay Dutt's life with sincerity. Real rockstar. Take a bow," he tweeted.