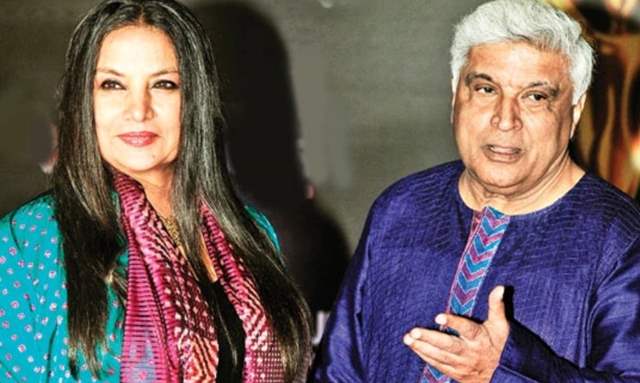 On Sunday, Shabana Azmi took to Twitter to announce the good news of husband and writer-lyricist Javed Akhtar’s big win. Javed Akhtar became the first Indian to win the Richard Dawkins Award for his contribution to secularism, free-thinking, for critical thinking, holding religious dogma up to scrutiny, advancing human progress and humanist values.

Taking to her Twitter handle, Shabana Azmi wrote “@Javedakhtarjadu wins Richard Dawkins Award 2020 for critical thinking, holding religious dogma upto scrutiny, advancing human progress and humanist values. Awesome.” In another tweet, she expressed her excitement as she wrote, “Such marvellous news. Congratulations @Javedakhtarjadu. To win an award from your Hero is the ultimate validation”

However, an anonymous Twitter user questioned Akhtar’s win and claimed that her writer-husband Javed Akhtar was only nominated but didn't win the Richard Dawkins Award 2020. A Twitter user uploaded a screenshot claiming that Akhtar's name was merely "proposed" for the award which he mistook as an announcement.

Upset with the user’s claim, Shabana Azmi hit back stating that she has an email from Richard Dawkins and called the trolls ‘pathetic’. "This is patently untrue! We have an email from Richard Dawkins on 5th June offering the award and also from Robyn Blumner who heads the Centre for Inquiry, USA. I feel sad for these pathetic trolls who do not care that they will stand exposed in seconds for such a preposterous claim," the actor said.

The British evolutionary biologist, Richard Dawkins also confirmed that Akhtar is the recipient this year for his "courageous public stands on behalf of atheism, rationality and freethought".

Meanwhile, Javed Akhtar had reacted to his win and told PTI in an interview that he was "deeply honoured" to receive the award, which recognises distinguished individuals from different walks of life for publicly upholding the values of secularism, rationalism and scientific truth.