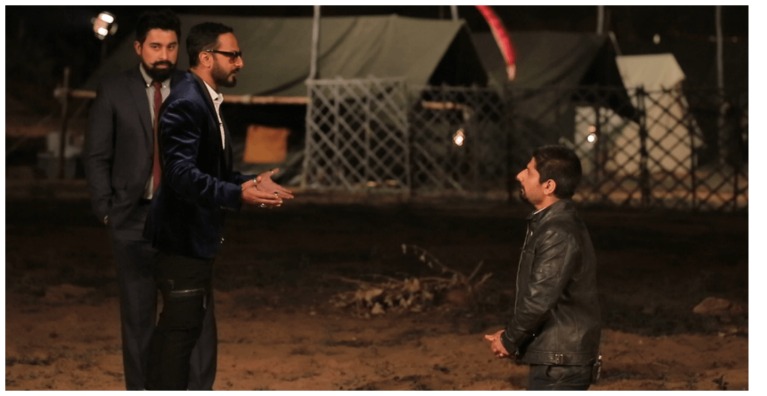 It's 2017 and misbehavior with women is no laughing matter! Still considered to be the vulnerable gender, women are subjected to exploitation and sexual abuse in India. And this is extremely upsetting!

One such incident was seen during the shoot of MTV Roadies Rising when Jibran Firdous Dar, a Roadies battleground contestant from Prince Narula's gang sexually harassed female contestants on the show.

Shweta Mehta from Neha Dhupia's gang gathered courage and voiced out the issue. While Shweta was getting ready for the vote outs, Jibran entered her room without her consent and turned off the lights repeatedly, making her feel uncomfortable.

On hearing this, Rannvijay said, "You don't have the right to enter a girl's tent without her permission. If your sister is changing and a guy meets her for the first time and does the same without permission, how would you react?"

While a furious Neha added, "Why didn't you go to a guy's room?", an angry Nikhil said, "I will throw you out right now. Do you understand what rape culture is? You are a living example of it."

Listening to Shweta, other girls too opened up about Jibran's misbehavior. Jagriti Jha from Prince's gang said that Jibran told her that if her dress would have been two inches shorter it would have been more fun. When asked if others too feel uncomfortable around his presence, Samyukta Hegde from Rannvijay's gang said that Jibraan came really close to her as he smelled her and said her perfume distracted him.

When Jibran saw all the gang leaders and members getting furious because of his misconduct, he pretended to lose consciousness and faint.

Gang leaders took the unanimous decision, asking him to leave the show.