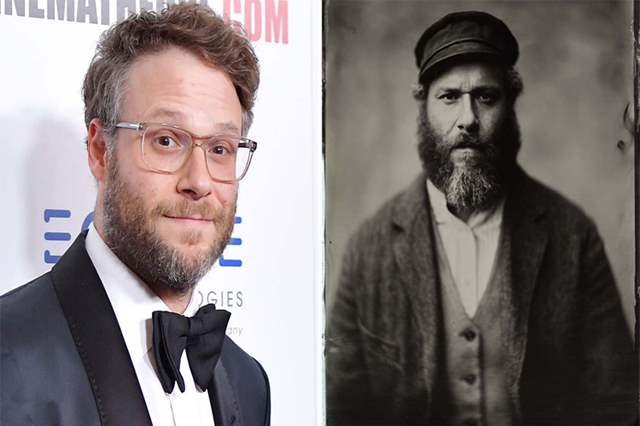 Seth Rogen is learning to help himself in the trailer of HBO Max's upcoming An American PIckle. The trailer, which dropped on Friday, sees Rogen as a struggling late 20th century farmer named Herschel Greenbaum leaving his old country to pursue his version of the American dream. However, an accident at an American pickle factory leaves Herschel nearly dead and preserved in a vat of the salty brine for 100 years.

A century later, Herschel awakes from the brine time-machine unchanged in current-day Brooklyn. Hoping to find some family in the strange city, he learns he has a great-grandson named Ben Greenbaum, also played by Rogen. Scored by David Bowie's "Rock n' Roll Suicide," the teaser features Rogen's characters learning about each other. Herschel, who has no immediate family, learns Ben lost his parents and sees this as a chance to connect.

"We will bond over our pain," the former tells the latter.

Herschel and Ben start a pickle business in the hopes to do right by their respective family members and properly grieve the deaths they witnessed.

"We will become success," Herschel says to Ben. "We will finally make dead parents proud."

Hailing from different time periods, Rogen's Herschel and Ben discuss the different ways they view religion, family, grief and Bowie. The trailer concludes with Herschel pointing to a poster of Bowie asking Ben if that is his father.

"No, that's David Bowie," the younger Greenbaum says. After his confused great-grandfather asks if another photo of the late rock star is his mother, Greenbaum responds. "No that's also David Bowie. That whole poster's David Bowie."

An American Pickle is an adaptation of the 2013 New Yorker series Sell Out by Simon Rich.