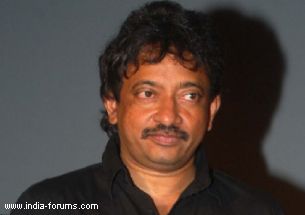 Director Ram Gopal Varma (RGV) is known for making crime-based films, but he has surprised the makers with the sentimental touch he has given to his forthcoming Telugu release "Rowdy".

"'Rowdy' is different. It is something that the audience would not expect in RGV's films. Though the director has included lots of action and drama in the film, we admired the sentimental scenes between Manchu Mohan Babu and Jayasudha," read a statement from the production house AV Pictures.

"We never expected Ram Gopal Varma to add this element with such vigour. He surprised not only me but also the lead stars, with his neat direction of the sentimental sequences," added the statement.

Mohan Babu and Jayasudha have paired up on the silver screen after many years. The makers feel RGV has brought the chemistry between the actors alive.

"The chemistry between Mohan Babu and Jayasudha that once fluttered the hearts of moviegoers has been captured well all over again with much more intensity," added the statement.

"Rowdy", which release April 4, is set against the backdrop of faction-ridden Rayalaseema. It also features Manchu Vishnu, Shanvi Srivastav, Ravi Babu and Kishore in important roles.