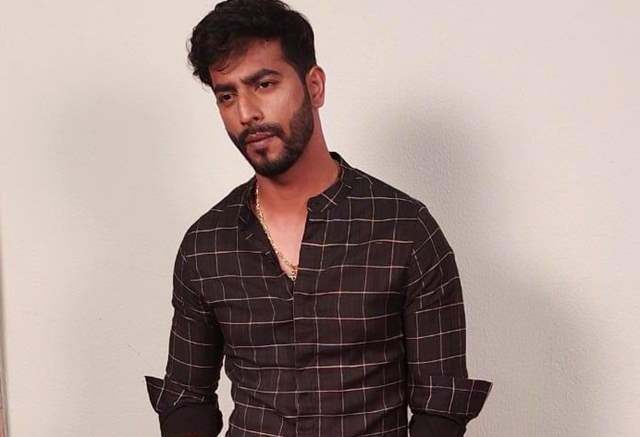 Zee TV’s popular fiction show Tujhse Hai Raabta has been an audience favourite due to its intriguing plot and relatable characters like Kalyani (Reem Shaikh) and Malhar (Sehban Azim), who have found a deep place in the audience’s heart. Both the characters have been bringing in several unprecedented twists and turns, keeping the viewers engaged at every point of the tale. The show recently witnessed a new highlight where much to the audience’s dismay, Malhar dies. However, the makers have brought in yet another captivating twist with his look-alike Shera’s (also played by Sehban Azim) entering the show donning a fresh and modern avatar while bringing a bit of a  Haryanvi flavour to his new character.

Earlier, the actor’s look in the show was that with a nonchalant sense of style and a uniform, Sehban’s current look as Shera has taken a 360-degree turn. In order to portray this character, the actor has grown a beard, flexed thick brows, and an earring for his new look. In fact, delving deep into the role, the actor has even infused a Haryanvi accent to bring about the authentic avatar of his character, Shera.

Talking about his appearance and character, Sehban Azim shared, “Shera’s appearance and style are actually quite different from Malhar’s stylishness. After being Malhar Rane for more than 2 years it was quite a task for me to transform into Shera Chaudhary within two days, who is entirely opposite to Malhar. To be honest, I did have a few sleepless nights as well starting from getting the Haryanvi accent, tonality, body language, expressions, and gestures. With little time in hand, I had to make sure that nothing can be similar to Malhar. Luckily, my co-actor Rajat Dahiya who plays the role of Sarthak Rane has got his roots from Haryana, His being on the set came in handy for most of the things and our dialogue writer did all his research to make it all comfortable for me.”

Sehban added,  “At first, adapting to the Haryanvi accent was quite a challenge, yet it was an extremely fun learning experience. In addition to this, I had to grow a beard and wear an earring too. After a really long while, we have had the chance to experiment with my look, so I love the fresh appearance that my character has brought. As an actor, experimenting with different angles of one’s role is what I truly strive for.”

The audience is in for a roller-coaster ride, with the new turn in the show blooming on Kalyani and Shera’s relationship.

”It now comes naturally to me," says Sehban Azim on turning a groom ...