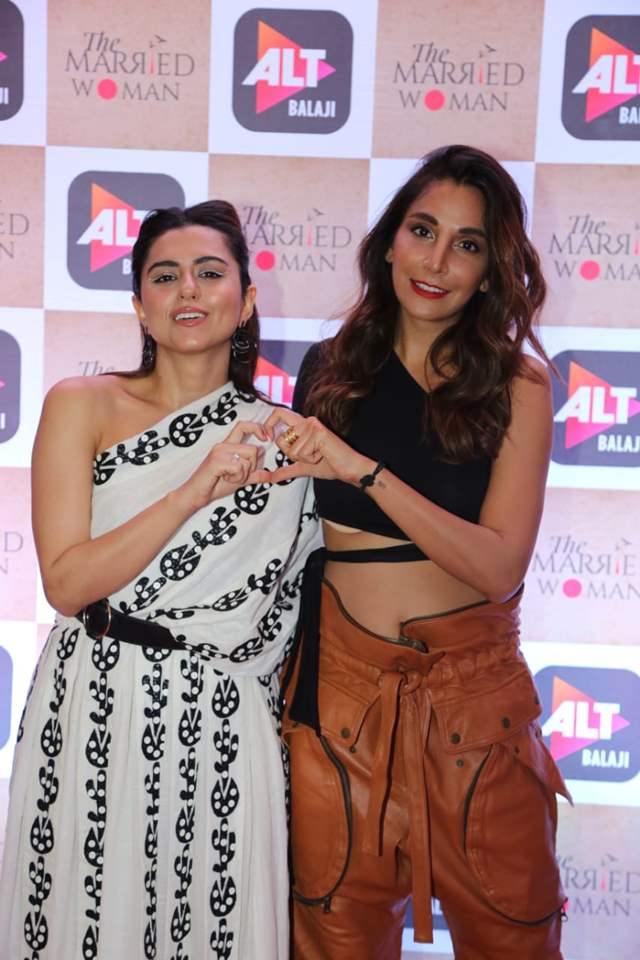 The media fraternity and who’s who of Delhi were the first ones to get treated to ALTBalaji’s ‘The Married Woman’, as the makers organised a special screening of the eagerly awaited show in the capital on 5th

Ekta Kapoor’s ALTBalaji is the first streaming platform to organise a special screening of a web show ever since the lockdown imposed in the country since last year due to Covid-19. The team of ALTBalaji was pleased to witness a huge crowd from the media fraternity, bloggers & influencers, women entrepreneurs and the who’s who of Delhi, who gathered to witness the beautiful narrative of a woman’s journey of acceptance, self-realisation and love in the form of ‘The Married Woman’.

The cast and crew of the show including Ridhi Dogra and Monica Dogra along with Vani Tripathi Tikoo (Actor-Teacher, Board Member CBFC, Former Secretary Bhartiya Janta Party & Theatre Activist), and celebrated author Manju Kapur, invited their family and friends for the special screening of the show. The soul-stirring narrative of the show moved everyone present at the screening, as they couldn't stop praising the actors’ performances and the makers for handling a sensitive subject with utmost care and dignity.

Post the screening, senior journalist Kaveree Bamzai hosted the event and conducted a heart-to-heart interaction with the show's cast - Ridhi Dogra and Monica Dogra and the media talking about the respective characters and show in brief.

Ridhi Dogra said, “I was waiting for an opportunity where people could believe in me that I could perform as an artist and can do more things than what they have seen me doing on television. Actors don’t have bio-data, you can’t put it on paper but you can do it and show it. Mediums do not matter to actors and artists. I have always tried to pick good work and something that I would like to see myself doing and that’s always the idea. I couldn’t believe that I got to carry the title role on my shoulders. It’s a dream role and allowed me to show what I can as an actor.”

Monica Dogra added, “This role (Peeplika) was written for me. I have lived this life. I feel like my character feels. I have experienced so many things that my character has, in the show. I wasn’t supposed to come back for anything but Peeplika. I have been an artist for a long time. I inadvertently kept taking the long road and said no to the things that might have got me a quick name and recognition and a lot more money. But I realise that that’s why I am still relevant even after 14 years.”

‘The Married Woman’ is an urban, relationship drama about women and their conditioning levied by society and her search to find herself. The series will launch on 8th March i.e. The International women's Day on ALTBalaji.

Director Sahir Raza opens up on the kissing scene between Ridhi Dogra ...

1 months ago This is also an online show, right? So, why no promotion happening for GH2?!