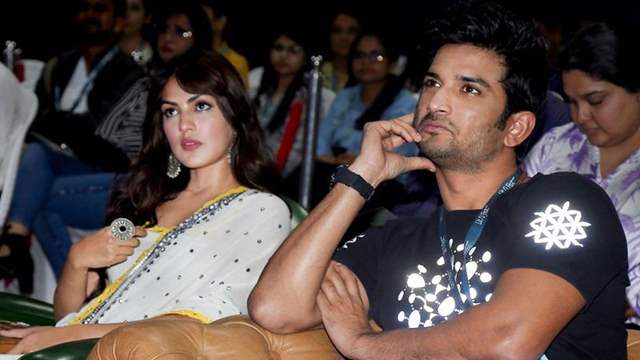 Rhea Chakraborty's plea regarding the transfer of Sushant Singh Rajput case to Mumbai Police is currently underway. While hearing her plea, the actress has been reportedly questioned as to why does she not want CBI probe into the case despite having urged for the same earlier. As has been put forth by Justice Hrishikesh Roy to Rhea's counsel, it was they who demanded a CBI probe and how or where they come in is not a matter of concern right now.

Meanwhile, as has been questioned by Rhea's counsel, they have apprehensions regarding bias in the case and argued further that the case must be first transferred to the Mumbai Police. Reports further have it, that replying on behalf of the Bihar government, Former ASG Maninder Singh said, ''There is clear political pressure in Maharashtra. Political pressure is not there in Bihar but in Maharashtra.'' Another Tweet from ANI also mentioned that the Bihar counsel went on to say, "The Maharashtra police have not co-operated with Bihar police in the case.''

In addition, reports also suggest how the maintainability of Rhea's transfer plea is being challenged by Bihar's counsel and he also went on to question the reason for Maharashtra government not registering an FIR. An affidavit has been filed by the Maharashtra government regarding Bihar Government's jurisdiction for recommending a CBI probe.

All this started when Sushant's father filed an FIR against Rhea, along with 5 others in Patna and the Bihar Government later, gave a nod for a CBI probe. Currently, things are being investigated and the ED is looking into the money laundering angle. Meanwhile, statements of over 56 people have also been recorded by the Mumbai police.

As of now, a final decision from the SC is still awaited.