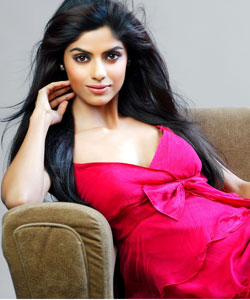 We recently saw Sayantani Ghosh grooving for a special episode of Star Plus' Maryada, and now we will see the talented actor don the robe of a lawyer for Sony's Adaalat.

Our source states, "Sayantani Ghosh will be the public prosecutor and will fight cases opposite K.D. Pathak (Ronit Roy) in the Supreme Court. As of now, K.D. is fighting cases in the High Court wherein new face Tina Choudhary is the lawyer opposite him. However, there will be certain cases shown in the coming weeks which will be moved to the Supreme Court and this is when Sayantani will make her entry".

When contacted, Sayantani confirmed the news to TellyBuzz and said, "Yes, I will be playing the Supreme Court lawyer in Adaalat. There will be a Maha Episode shot soon, in which my entry will take place. This is one character which stands out from the others, and I have not done anything like this on TV before".

Guess it will be Ronit V/s Sayantani in Adaalat soon..

Minionite 9 years ago that's amazing, i can't wait to see her entry

yipee 9 years ago cool thanks for sharing...all the best shayantani

But I would really like Shweta to be K.D.'s heroine in Adaalat!!!!

shanak.hot 9 years ago i love adaalat..
good to see her on adaalat

Keva 9 years ago Thanks for the info. Looking forward to Saturday episode. Adaalat is a good change from the usual saas-bahu shows.

Luv-Shonit 9 years ago Does that mean Tina Choudhary won't be seen in Adaalat anymore? Anyways don't care, really liked Sayantani in Kumkum, well I loved to hate her.

MysteryGirl101 9 years ago love to c u on screen, you are soooo beautiful!