With Friday gone, we are now into Saturday!! Yet the second Wild Card entry is not known!! Suspense is building and Annu Malek had a confession to make on Saturday, as he said, “The contestants of Indian Idol 3 are the Best”. No wonder the judges could not zero-in on their choice of Wild Card Entry on Friday. But the question lingering in every viewers’ mind is – Will the Judges’ Verdict be out today? Who will the Judges vote for? Wait and Watch!!! 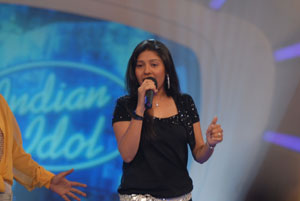 Featured Video
As the Audience and Contestants are put on hold for results, the Celebrity Guest of Saturday, Sunidhi Chauhan promises to entertain one and all with her Style, Charishma and Songs. There is a sort of pandemonium as Sunidhi starts off, singing “Crazy Kiya Re”.. What’s next – How will the Stage ignite without the “Beedi Jalaile” number from Sunidhi? It was a Dream come True for the contestants to shake their leg with Sunidhi on stage, but Sunidhi also wanted the judges to judge her own performance and Annu Malek had just one word to describe her performance, “Rock Star”!! Truly a Rock Star Sunidhi is, isn’t it? 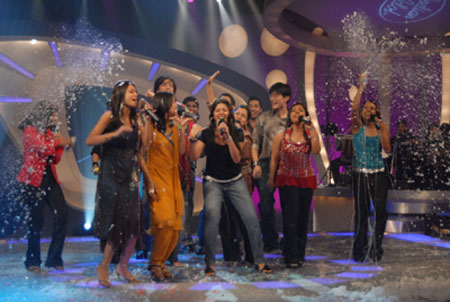 Its now the turn of the girl contestants to keep the fire going and they presented a medley of retro songs ranging from the Popular Helen number Mera Naam Chin Chin Chu to the Mumtaz – Shammi Kapoor number Aaj Kal Tere Mere Pyaar Ke Charche to the Aao Twist Karen .. Next to follow were the boys with their never-ending energy, all lead to Dhamaal, Masti and Fun Unlimited when Sunidhi sang Sajna Ji Vaari Vaari Jaoongi…


Catch all the Sizzling Musical Performances with Sunidhi Chauhan, on Saturday at 9 pm only on Indian Idol… The Saturday Night Fever catches on, as the 2 worthy Wild Card Entries will be revealed , thus giving us the 13 Finalists of Indian Idol 3…. 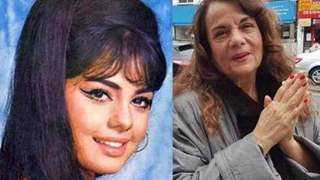 + 3
14 years ago Sunidhi's performance was excellent!

14 years ago Cant wait for it to be tommorrow. Thanks.

14 years ago thx, im just glad amit made it. hopefully anikta will be chosen

+ 2
14 years ago hai main mar jawan for sunidhi anything :D:D

14 years ago OmG! Sunidhi is coming?? wonderful! Everyone is looking wonderful in their dresses :P
thank u

Im def. not missing this episode. An episode with Sunidhi =D