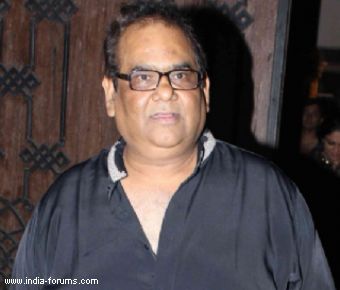 on floors. The director says he will start shooting the film starting September.

"Mayanagri" is a film adaptation of a book titled "Do Murdo Ke liye Guldasta", written by Surendra Varma. Kaushik had taken its film rights way back in the 1990s.

"We will shoot few portions from September or October as there are (requirements of) some real sequences of Ganpati visarjan and rains in Mumbai," he added.

Kaushik says the movie deals with gigolos and gangsters.

"It's a very interesting story of two boys -- one from Delhi and the other from Mathura. The story is about gigolos and gangsters. It is a story of a dreamer from Delhi who comes to the city of Mumbai.

"The film deals with a subject of male prostitution. The place Mumbai also plays a prominent character in the film. I will make this film in a big way," he said.

The filmmaker says he has locked Randeep Hooda, Mahie Gill and Prashant Narayanan to essay key roles in the movie.

"Randeep Hooda is a fantastic actor. His presence on screen is mind blowing. I am sure he will justify the role," said Kaushik.