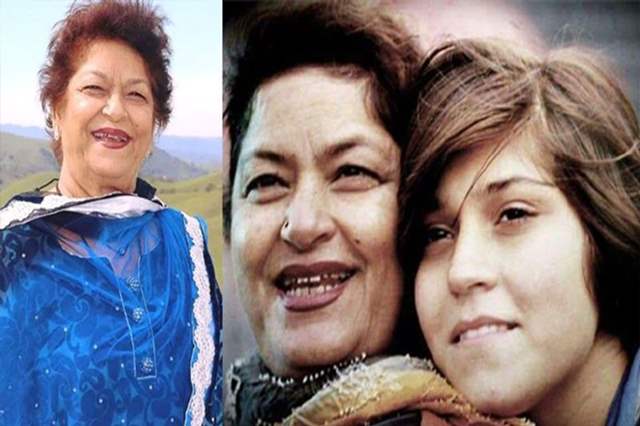 The year of 2020 has certainly not been kind in more ways than one can imagine. Apart from the still on-going pandemic, the industry has lost some gems this year and while Sushant Singh Rajput's demise remains a controversial topic, a death like that of choreographer Saroj Khan is just saddening.

Khan died at the age of 71 back in July and yesterday would have actually been Khan's 72nd birthday.

On this occasion, her daughter Sukaina has opened up on the same where she shockingly revealed that her daughter (Khan's granddaughter) is unaware about her naani's (grandma) death. Talking to ETimes, Sukaina revealed that daughter Aaliya has been told that her naani has gone on a vacation and more so because she (Aaliya) and Khan shared their birthdays.

She was quoted saying, Mummy would have been 72 if she had been alive today. It was a day of mixed feelings. It was also my daughter Aaliya's birthday, who was born 5-years ago." She stated that her daughter has been frequently asking about naani Saroj Khan as she is not aware of the fact that she is no more. "And, every time including my husband's parents, who stay in Dubai, tell her that she has gone for a holiday followed by a few shoots and will return in a few days time."

She added "And the saddest thing yesterday was that Aaliya has celebrated all her four birthdays so far with my mother and now Mummy was no more around us. We used to go to Dubai (2016-2019) as my in-laws stay there, and celebrate and Mummy used to join us."

While it is indeed the saddest thing to happen, we hope the legend's soul is resting in peace.