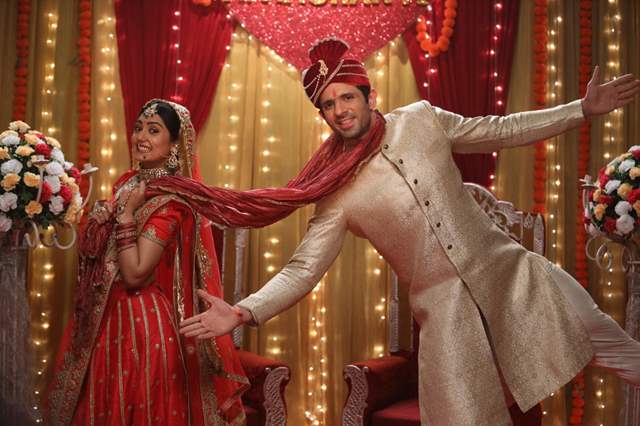 Fasten your seatbelts as Sony Entertainment Television is going to take you on a ride filled with fun, excitement, and entertainment. The channel is soon launching a light-hearted sitcom; Sargam Ki Sadhesaati, which will keep the audience entertained and glued to their television screens. With an entertaining story, the sitcom will feature Anjali Tatrari as Sargam and Kunal Saluja as Aparshakti Awasthi in the lead roles. Joining them will be a super talented bunch of actors; Darshan Jariwala, Rajendra Chawla, Sanat Vyas, Jaineeraj Rajpurohit, Vibhu Bholwani, Vaibhav Mangle, Akash Makhija and Ajinkya Mishra.

Set up in the backdrop of Ghaziabad, Sargam Ki Sadhesaati revolves around Sargam’s life in her unique sasuraal where she is the only woman among “Sadhesaat” men. Every man in the house is idiosyncratic in his own way and is good at transforming even the mundane family-routine into hilarious situations. It will very beautifully showcase fun banters between the members along with minor scuffles day in day out.

Produced by Optimystix Entertainment the show is set to become the daily dose of laughter and warmth for the audience.

+ 3
1 months ago Why can't the lazy men at least youngsters do their own work instead of dumping everything on 1 young woman? And using sadhe sati word casually is not cool. Does makers know how serious the 2 words are? I hope Shanidev don't get offended with this and show the makers what sadhe sati actually means. It was fine in 2011 but now its 2021 so showing a woman doing everything for 8 lazy people is horrible.