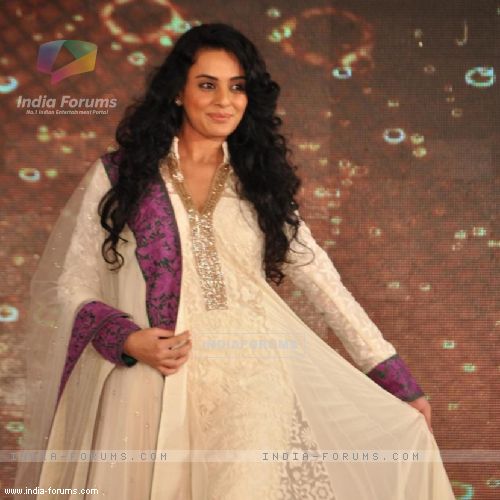 Sony TV's show Hum Hain Na has been grabbing the attention of the audience with its appealing story line and the beautiful chemistry between Sagrika (Pratyusha Banerjee) and Bunty (Kanwar Dhillon).
Well in the upcoming episode the audience will get to watch some light moments as there is a party sequence in Hum Hain Naa. For this party sequence, gorgeous Saraa Khan will be seen making her appearance in the show. Saraa rose to fame with Star One's Dhoondh Legi Manzil Humein.
Our sources says, "This pretty girl will be dancing on the famous item song Mai Lavleey Ho Gayi Yaar from the film Happy New Year. It's a party sequence where Saraa Khan will bring Bunty and Sagrika on the dance floor to shake their legs."
We got in touch with Saraa and she confirmed the above news.
Well this seems to be a good news for the fans of Saraa Khan.
Phalguni Sharma

+ 2
6 years ago Pratyusha Banerjee and Kanwar Dhillon were great in this episode of Hum Hain Na. Amazing performance. They are simply the best.

6 years ago The beautiful chemistry between Sagrika (Pratyusha Banerjee) and Bunty (Kanwar Dhillon) in Sony TV's show Hum Hain Na .Gorgeous Saraa Khan ,welcome!Pratyusha ,we love you very much. You are the best dear !

6 years ago Pratyusha Banerjee and Kanwar Dhillon are the best