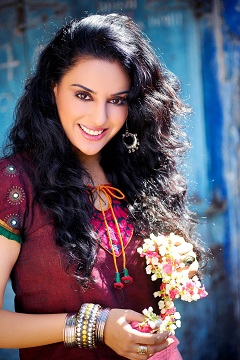 Saraa Khan who was last seen in Star One's Dhoondh Legi Manzil Hamein is soon going to make her come back with a new travel show on a new channel called Epic. The Channel will soon be launched and the show will probably go on air by January end or February first week.

According to our sources who acknowledged that the travel shoot was recently done, this is what they had to say, "Yes! We just finished one schedule of the show and now we are going in for another schedule in the next 15 days."

Our reliable sources also informed us about Saraa's presence in the show and said, "Saraa is the host and it is a damn good show. It is a travel show for Epic channel and the viewers will be shown places where the myths of India had started and emerged which are mentioned in Ramayan and Mahabharat."

Well, we at Tellybuzz wish Saraa all the luck for her new show.

Sara Ali Khan & Shraddha Kapoor To Be Summoned By NCB ...
3 minutes ago

"Would Have Dragged Anurag To Court Had He Said Such ...
14 minutes ago