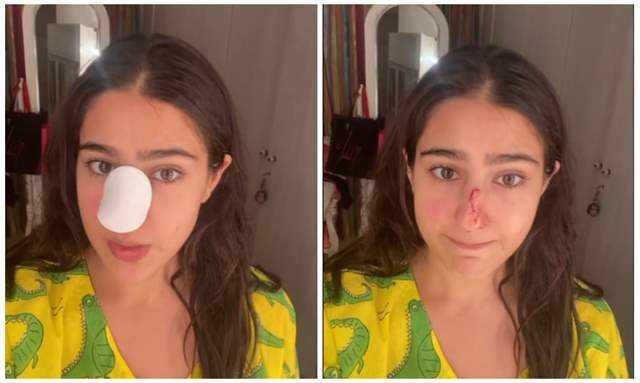 Actress Sara Ali Khan shared a new video on her official Instagram handle which featured her suffering from a major nose injury. She was even seen apologising to her parents - Saif Ali Khan and Amrita Singh, and her younger brother Ibrahim Ali Khan.

The video features Sara apologizing as her caption read, “Sorry Amma Abba Iggy. Naak kaat di maine.” She played on the phrase ‘naak kaat di’, which could mean to lose face but also, in literal terms, to injure one’s nose.

While the reason behind Sara’s injury is a mystery to all of us. Shortly after the video was shared, concerned fans flooded her comments section with love and wished her a speedy recovery. A fan asked, “How did Sara get hurt?”, while another wrote, "Get well soon.”

Meanwhile, on the work front, Sara will be next seen in filmmaker Aanand L Rai’s ‘Atrangi Re’ and she will be sharing screen space with Akshay Kumar and Dhanush in the lead. Furthermore, the actress is also a part of Aditya Dhar’s ‘The Immortal Ashwatthama’ with Vicky Kaushal. 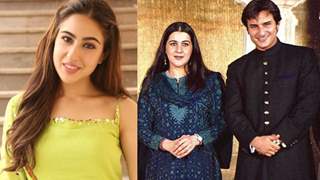 + 4
1 months ago her caption certainly did. does she even know the meaning of the caption?