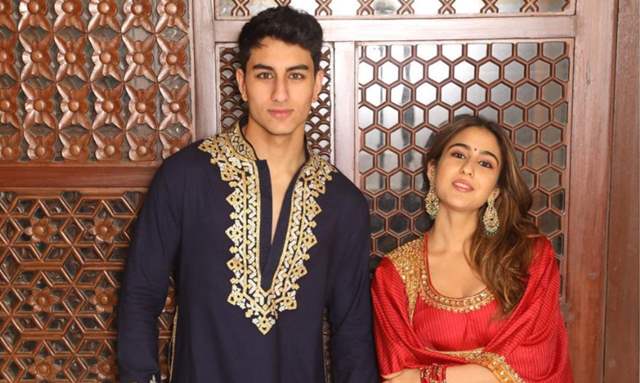 Sara Ali Khan's debut film - Kedarnath won the audience’s hearts and just within two years, she has established herself as one of the most talented artists. While her brother Ibrahim Ali Khan may also gear-up for his debut in Bollywood, the actress has a piece of advice for him.

During her interview it ETimes, the 25-year-old actress said that Ibrahim ought to get a good education, travel the world, and be an all-rounded human being. The actress who shares a close bond with her brother showered praise over him and said his sense of humor as his calling card.

Sara said, “My only tip to him would be to just be an all-rounded human being. You know, I think that films are a beautiful business and he would be lucky to enter this world. And if he needs advice in terms of acting or anything like that, he has many people in the family also to turn to, there are much bigger actors and stars and you know, much more experienced than I am.”

The GenNext star added that according to her she doesn’t have the caliber to dole out advice to him just yet. Sara further mentioned that he should experience a number of things, be it education, travel, talking to people, or observing them which she believes is very important.

“So that’s something I would advise him to do and the rest. He has his mother and father and a lot of other people to tell him what to do,” concluded Sara Ali Khan.

For the uninitiated, Sara made her film debut in 2018 with Sushant Singh Rajput-starrer Kedarnath followed by blockbuster Simmba. However, her third film, Love Aaj Kal failed to impress the audience. Her latest release is Coolie No 1 with Varun Dhawan.