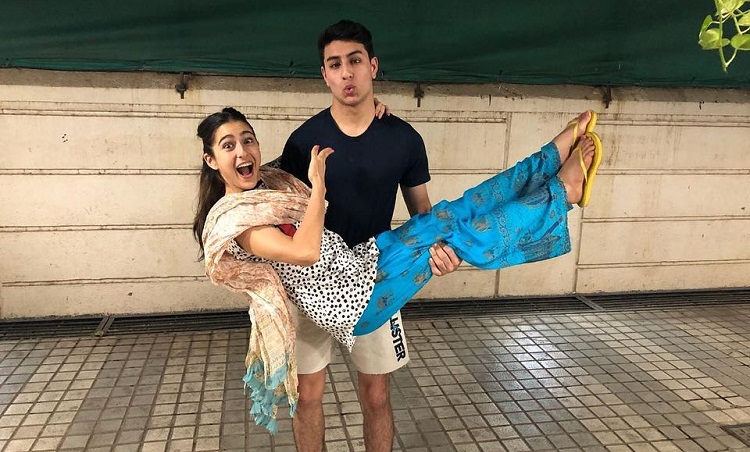 It's Saif Ali Khan and Amrita Singh's son Ibrahim Ali Khan's birthday today. Bollywood actress Sara Ali Khan shared a special birthday post for her brother Ibrahim on her Instagram handle.
The actress captioned the pictures as "Happiest birthday to the best brother in the world. Thank you for always having my back (literally) and tolerating all my nonsense patiently (mostly),"
Take a look:

After Sara's debut film, in an interview with CNN News18's Rajeev Masand, she talked about how Ibrahim said he was proud of her and she couldn't believe it, given that he is a man of few words.
"He's a guy of extremely few words but strong few words. Hearing from him that I am proud of you and for a sibling like Ibrahim to say that, I mean it was really," she said.
Sara impressed everyone with her debut film Kedarnath alongside Sushant Singh Rajput.
The actress was later seen in Simmba opposite Ranveer Singh which turned out to be the biggest hits of 2018.
On the work front, Kareena Kapoor had recently revealed that Kartik Aaryan and Sara are planning to do a movie together. As per reports, Kartik and Sara will be seen together in Imtiaz Ali's Love Aaj Kal 2.
Stay tuned for more updates.
0 Likes

Amitabh Bachchan Blasts Troll Who Asked Why He Doesn’t ...
48 minutes ago

Janhvi Kapoor calls the journey of discovering 'Gunjan ...
an hour ago