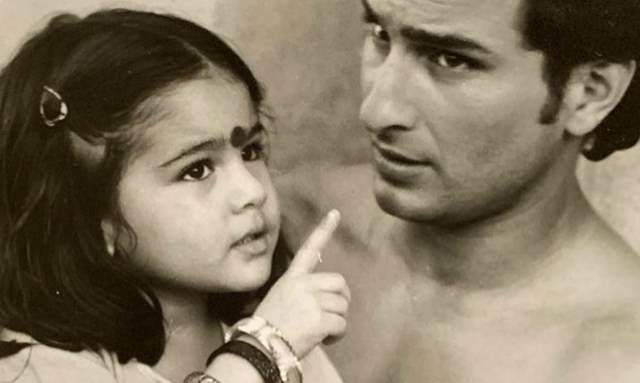 Ever since the star-siblings Sara Ali Khan and Ibrahim Ali Khan came together for the first time for a Magazine photoshoot and an interview, their viral photos have been causing frenzy on the social media. During the recent interview with the Hello! Magazine, both the siblings opened up about the father and Bollywood actor Saif Ali Khan.

Not only did Ibrahim talk about people talking about their physical resemblance, even Sara talked about what sets the Laal Kaptaan actor apart from rest of the Bollywood. Talking about how Roman History interests her father more than Bollywood gossips, the 24-year-old actress shared, “He’s (Saif Ali Khan) definitely more passionate about Roman history than he is about Bollywood gossip. He’s really one-of-his-kind in this industry.”

Being a part of the royal family is never easy, talking about it the Kedarnath actress revealed that she doesn’t believe in monarchy as it ended in our country with independence. She further added that she just a normal girl who has grown up in Juhu.

Sara and Ibrahim feel Amrita is the most Popular among them; Call her, ...

Saif reveals his conversation Sara after the Failure of Love Aaj Kal; ...

Why Should We Watch Janhvi Kapoor's Gunjan Saxena?
4 hours ago