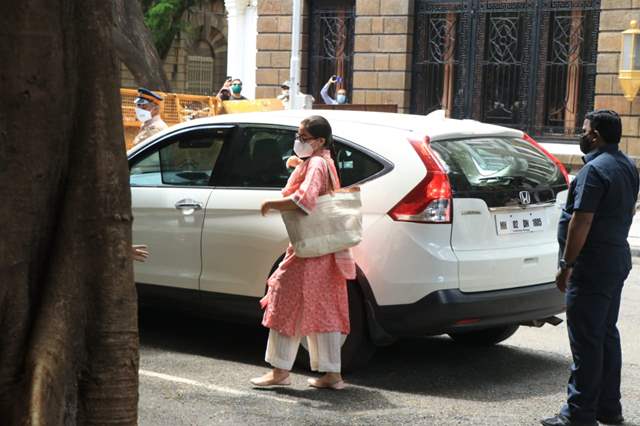 Summons regarding the ongoing drug probe being carried out by the Narcotics Centra Bureau were sent to Bollywood actors Shraddha Kapoor, Deepika Padukone, Rakul Preet Singh, and Sara Ali Khan. The NCB is currently probing the drug angle post Sushant Singh Rajput's demise and various names continue to crop up.

Deepika arrives at the NCB office earlier in the morning today and it was followed by Shraddha soon. Deepika's manager, Karishma too, was snapped outside the office. And now, Sara Ali Khan has arrived at the NCB guesthouse for interrogation regarding the ongoing drug probe.

Sara was in Goa along with mother Amrita Singh and brother Ibrahim Ali Khan, and she returned to the city after receiving the summons. At the airport, the actress was mobbed by the media while they threw questions at her. Names of the actors had cropped up a couple of days ago, however, it was only recently that summons were sent and an investigation is now underway.

During her probe yesterday, Rakul confessed to having spoken to Rhea Chakraborty about the drugs, however, as per Times Now, she added that she did not consume any narcotics substance.