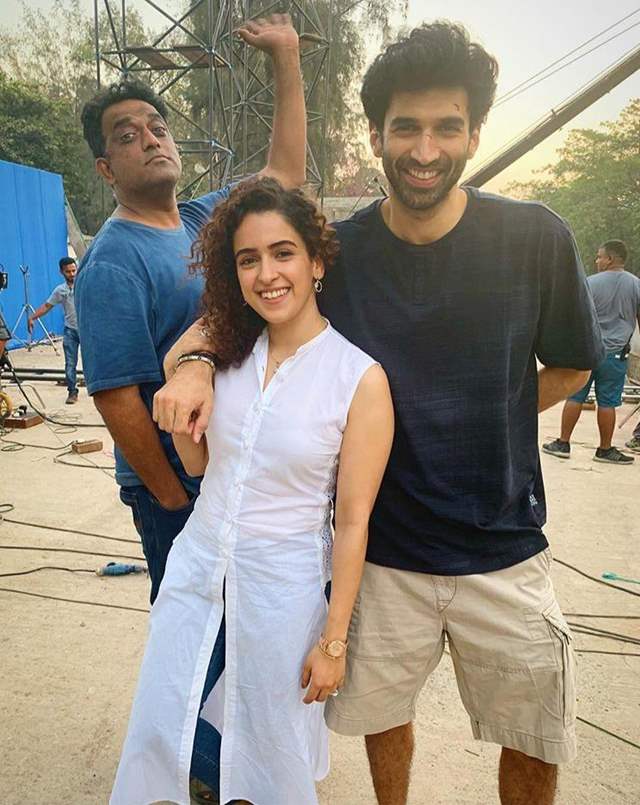 Leaving us in awe with her bold and never seen avatar, Sanya Malhotra is headlining news with Ludo. While her chemistry with Aditya Roy Kapur is blazing the screens, Sanya has collaborated for the first time with ace director Anurag Basu. Working without a script as Anurag’s style of directing is was extremely exciting and a different experience for the actress.

Talking about her experience working under Basu's unique style of direction Sanya said,

I was approached by him almost 2 years back for this film and the character, where he explained the gist of the story to me. When I asked him about the script, he simply laughed it out. He said lets go on set and decide. We did a meeting before the shoot. Dada explained to me what is going to happen in the script, what is my character and again in a gist.

Sharing her thoughts further she said,

As an actor, I have a habit of doing my homework before I go on set. I always read my script very religiously before stepping in front of the camera with my character. For the first time, I couldn't believe that I have to work without the script. Before my first day on set, I had no idea what was supposed to be shot, and how to go about with it. I was honestly quite relaxed, which is different from the usual me. I just got ready with costumes sent to me, and went on the set as a blank slate.

Sanya took this challenge as a gift for her craft as she says,

Before that too, I used to pester Dada to at least have some workshops before the shoot, which he would simply not pay any heed to. He just asked me not to think much about it. The first day on set was so refreshing for me as an actor, which was something new for me. I had never experienced this ever before - with my previous films be it Dangal, or any other film. This process was very much new and extremely refreshing for me, to go on sets without any script or preparation. I was so happy to see how Dada works, its so fun and it's a collaborative experience.

Sanya has shown immense versatility with the spectrum of characters she has played. While the trailer of Ludo has already intrigue the audiences of what might be in store for them, we sure know Sanya will leave us all spellbound with her bold yet edgy performance. Fans cant stop raving about  Aditya- Sanya’s  fresh pairing and their chemistry of what they have got through the trailer and the first track from the movie.

The film is set to release on the Diwali weekend after which Sanya will next be seen in Gunnet Monga's Pagglait and Love Hostel opposite Vikrant Massey.