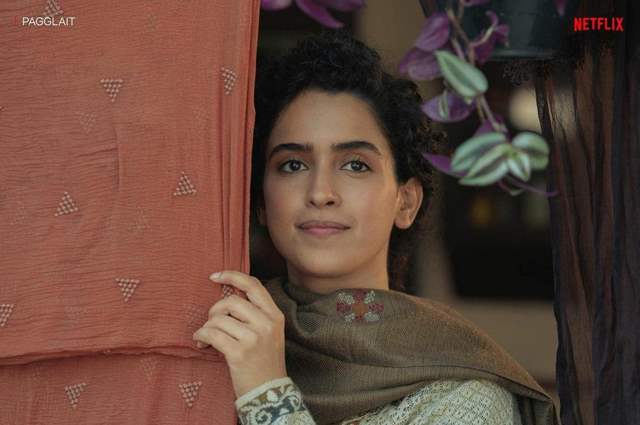 Only six films old, Sanya Malhotra seems like the kind of actor who has been in the industry for a lot longer than her half-a-decade old filmography. Her mature choices as an artiste reflect in her films — grounded, solid and believable.

While Dangal, didn’t feature her a lot, it certainly seemed to have opened up avenues for her where the actor could show her potential. Sanya then broke ground and won over critics by playing the aggressive yet funny Chuttki Kumari in Vishal Bhardwaj’s Pataakha in 2018.

In the same year, Sanya featured in another blockbuster, the acclaimed family entertainer Badhaai Ho, helmed by Amit Ravindernath Sharma. 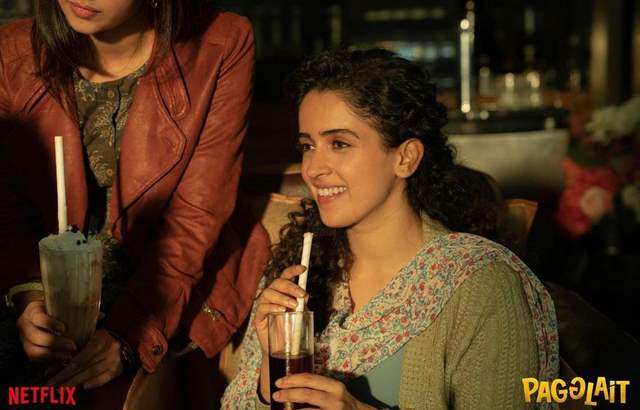 But it was in Ritesh Batra’s 2019 film Photograph that Sanya Malhotra really caught audience’s attention. Quiet, withdrawn but still so expressive despite all the stillness within and around her. The movie featured her alongside Nawazuddin Siddiqui, where the former was seen playing a grade A student, and Nawaz, a street photographer.

Sanya, who is usually seen as the bubbly girl-next-door, the quintessential sunshine girl, also thanks to her playful Instagram photos and videos and her general attitude during interviews, seems to have gone inside a deep well of her own self to find the kind of expressive silence that her character Miloni had in Photograph.

Not only did Sanya hold her own against someone like Nawazuddin, the actor even managed to outshine him in multiple sequences. And then came the weird, mostly awful ride that was 2020, where Sanya Malhotra had two releases — Shakuntala Devi and Ludo. The actor’s wig was certainly a distraction in the Vidya Balan movie, but in Ludo, Sanya was fresh, vibrant and near-pitch perfect. She played the slightly confused, modern woman with elegance, and her chemistry with Aditya Roy Kapur flowed like water.

While no film she has appeared in has shown her as the typical, ‘masala’ heroine, the actor had admitted in an earlier interview with a leading publication that if given such a script, she would have no qualms playing one. The actor had said ahead of Ludo’s release, 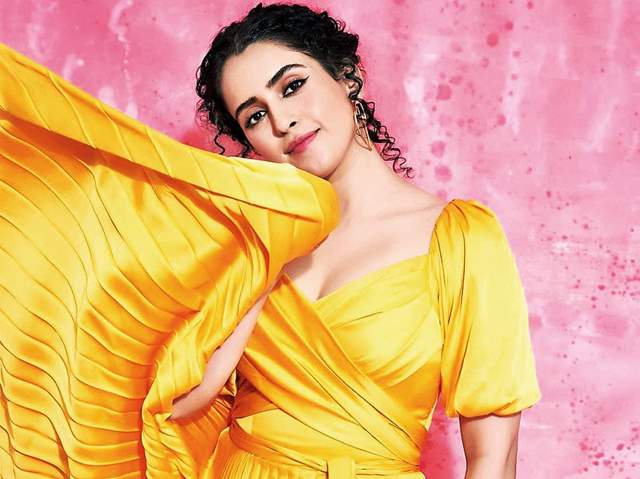 I grew up watching those films. I would love to do one someday. It is those films that pushed me to become an actor. The definition of a masala film is changing every day, and the content is the hero today. And I am glad things have changed. It is an exciting time to be an actor. But if I get a full-blown masala movie, I would love to dance in it.

Now with 'Pagglait', Sanya will be seen in a funny and quirky avatar, which has become the talk of the town ever since the trailer has been out. Needless to say, the fans and audience are waiting to witness this side of the actress with a baited breath.

Being a director's actor, Sanya has time and again proven her mettle as a performer - with her versatile roles and characters.

With a strong trajectory of projects ahead, Sanya Malhotra has three releases due — Netflix’s Pagglait, the romantic dramedy Meenakshi Sundereshwar and Red Chillies’ Love Hostel. An interesting, mixed bag.