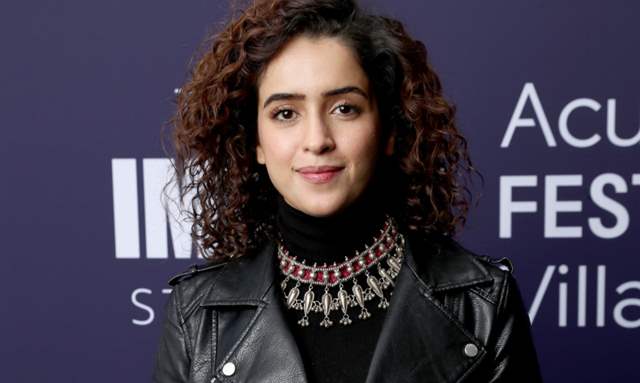 Sanya Malhotra is an actress who acts with fiery passion and enchants the audience with her characters on-screen. The actress picks up roles that challenge her and requires her to act with intricacy to add color to her character.

She has played a variety of roles which proves her to be versatile. Her distinctive performance in Dangal and Badhai Ho has made her the preference of director which makes her the directors actor.

Sanya Malhotra started out by making a glorious debut in the film Dangal. She played the role of the famous wrestler Babita Kumari who went up to become India's first world-class female wrestler. To give a splendid performance in the movie the director Nitesh Tiwari made the actresses learn professional wrestling so that she can maintain the authenticity of the character.

Sanya Malhotra worked with director Amit Ravindrenath Sharma for giving a wonderful performance in Badhai Ho. With the help of the whole team and main cast which included Sanya Malhotra, the director won the 66th National film award for Best wholesome entertainment. Sanya Malhotra really shone through when she was performing alongside Ayushmann Khurrana.

The actress has grown better and bigger which is a quality that is cherished by each director she has worked with.

Sanya's fire to perform becomes bigger and absorbs everything essential for giving a phenomenal performance on-screen. The directors she has worked with are witness to her blazing passion.

In 2020 the actress has a stellar line up of projects she is going to portray on-screen. Sanya’s upcoming projects include 'Shakuntala Devi' where Sanya will be playing Anupama Banerjee while sharing the screen with Vidya Balan, Guneet Monga’s Pagglait and Ludo.