View Profile
He may have played a suave businessman in 'Kidnap' or a tough cop in 'Shoot Out At Lokhandawala'. However, Sanjay Dutt's identity has always been connected with being either 'Munnabhai' or 'Khalnayak'. Both being immensely lovable roles, they were chalk and cheese but have contributed in giving an exponential rise to Sanju baba's fan base. What 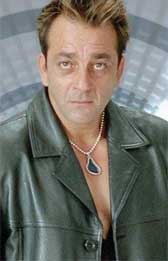 Featured Video
really worked in the favour of these characters? An intrinsic wit that stayed on with audiences for years to stretch.


Something similar is expected in case of Sujoy Ghosh directed 'Aladin' as well where Sanjay Dutt's character of 'Ringmaster' brings in a certain wit to it that makes it stand out from the crowd. Yes, he is the villain of the piece in the lives of 'Aladin' [Riteish Deshmukh], 'Genius - The Genie' [Amitabh Bachchan] and Jasmine [Jacqueline Fernandez]. Still, his presence in the narrative not just brings in the scares but also laces it with trademark Sanju baba humour.


Says Sujoy for whom it was a surreal moment to be directing Mr. Dutt (as he respectfully calls him), "Roping in Mr. Dutt in the role of Ringmaster worked superbly for us due to two reasons. First and foremost the character is such that it could have been done only by Mr. Dutt. Secondly, our 'Ringmaster' is more of a 'lovable' character than being a quintessential villain. His mannerisms, his body language, the way he talks and the words that he uses gives him a certain edge. This is why we had to write dialogues that suited both Mr. Dutt and our 'Ringmaster'."


As per insiders who have had a dekko at the film, Sanjay Dutt certainly seems to be on a roll playing the role of 'Ringmaster'.


Says a source, "With his trademark dialogue delivery, Sanjay Dutt brings in quite a few laughs even though he plays a villain. He has also incorporated a sing-song manner of mouthing a few dialogues that will work especially with children. Some of his antics are bound to become a rage once the film hits the screens."


Well, we are certainly waiting with bated breath to see Sanju baba at his best in this one!

'Aladin', produced by Eros International (Sunil Lulla) and Boundscript (Sujoy Ghosh) is a contemporary look at the classic fairy tale.


Packed with fun, music, masti, action and adventure 'Aladin' boasts of a visual scale never seen before on Indian screen.


Starring Amitabh Bachchan as Genius - The Genie, Ritiesh Deshmukh as Aladin and Sanjay Dutt as 'Ringmaster', 'Aladin' also marks the debut of Sri Lankan beauty Jacqueline Fernandes who is paired opposite Ritiesh. With music by Vishal and Shekhar, 'Aladin' is produced by Eros International in association with Sujoy Ghosh's production company Boundscript.


Aladin is arriving at theatres this October.