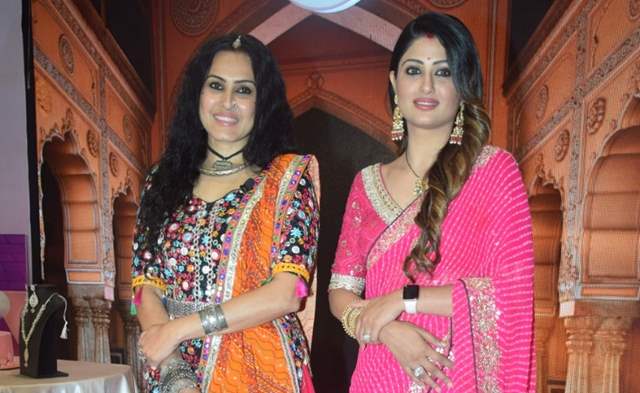 Zee TV, over the past 3 decades, has emerged as a broadcaster that brings its viewers stories that mirror their world, touches upon subjects close to their hearts and introduces them to characters that they fall in love with! Having collaborated over some interesting shows that have resonated beautifully with audiences across India, Zee TV and Rashmi Sharma Telefilms come together yet again to present viewers with a new fiction offering – Sanjog, an intense family drama showcasing the journey of two mothers, Amrita and Gauri, hailing from diverse backgrounds. They have one thing in common though – that unsettling feeling of not being able to see themselves in their own daughters. Little do each of them know that the daughter they have been raising all their lives comes from a womb other than their own! The intriguing narrative is all set to unfold, starting 22nd August and will air every Monday to Friday at 10 pm, only on Zee TV!

Set in Jodhpur, Sanjog has an exciting ensemble cast with strong faces such as Shefali Sharma and Kamya Punjabi playing the roles of the mothers - Amrita and Gauri respectively, budding young stars Hazel Shah and Hetvi Sharma will be seen playing the role of their daughters - Tara and Chanda. On the other hand, renowned actors Rajniesh Duggall and Rajat Dahiya will portray the roles of Rajeev Kothari (Amrita’s husband) and Gopal (Gauri’s husband)  in the show.

Zee TV Business Head Aparna Bhosle said, “At 10 PM, we are proud to present Sanjog, an intense family drama that follows the journeys of two mothers hailing from diverse backgrounds - unaware that they're raising daughters that are not biologically theirs. What follows is an intriguing narrative of what true motherhood is all about. With strong actors like Shefali Sharma, Kamya Punjabi, Rajniesh Duggal and Rajat Dahiya playing pivotal parts, we are confident that the audience interest will be piqued.”

I am thankful to Zee TV and Rashmi Sharma Telefilms for giving me this mega opportunity to play a distinct role like Amrita. I hope that I will be able to do justice to my character as she has very unique qualities She is sophisticated, kind and has natural motherly instincts.

Though the show has already managed to generate a lot of intrigue ever since its first promo went on air, Sanjog was unveiled in front of the media at a mega launch event in Mumbai recently amidst a Rajasthani set-up along with an authentic ambience to give everyone the true flavors of the show, its theme, culture and traditions. In fact, the media were invited for the character Tara’s 7th birthday celebration, during which the leading ladies of the show, Kamya Punjabi and Shefali Sharma, performed a skit depicting the core premise interestingly. They even joined a few Rajasthani dancers for an epic Ghoomar performance, adding a touch of excitement for the media.

In line with the show’s core premise of real motherhood being based on caregiving and upbringing rather than biological birth, Zee TV also invited a group of children from SOS Children’s Villages India, India’s largest self-implementing NGO in the field of securing wholesome childcare and development, to meet with our leads – Amrita (Shefali Sharma) and Gauri (Kamya Punjabi) during the launch event. The lead stars interacted with the children, Mothers and co-workers, heard their heart-warming journeys out, and pampered them with a lot of love, admiration and surprise gifts, making the day even more special for them.

Shefali Sharma said, “I am thankful to Zee TV and Rashmi Sharma Telefilms for giving me this mega opportunity to play a distinct role like Amrita. I hope that I will be able to do justice to my character as she has very unique qualities She is sophisticated, kind and has natural motherly instincts. I am very sure that the audience will resonate with her and love her for who she is! What makes this show even more interesting for me is that I will be playing a mother on-screen for the first time and I am really looking forward to explore Amrita’s character.”

Kamya Punjabi also added, “I love to play roles that challenge me as an actor. Gauri’s character has been very well written and has a lot of layers. She is a strong, independent woman who has a very unique way of showcasing her love for her family. Sanjog follows the story of two mothers, Amrita and Gauri, who are unaware of the real reason why their children are so different from them. I am excited to see the audience’s reaction.”

Apart from Shefali Sharma, Kamya Punjabi, Rajniesh Duggall and Rajat Dahiya, Sanjog also boasts of an exciting ensemble cast including the likes of Vaishalee Thakkar, and Dolly Mattoo among the other talented actors. While the talented stars will surely impress you with their performances, it will be intriguing to witness if Amrita and Gauri are able to figure out why their respective daughters are so different from one another!