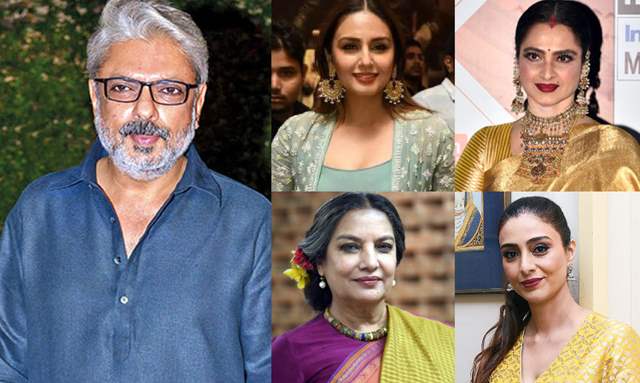 Sanjay Leela Bhansali is one of the most talented directors in Bollywood and he is well known for magnum opus films like Bajirao Mastani, Devdas, Padmaavat, and many more. The ace director has several projects planned, however, owing to his current films, he has been taking it slowly. Bhansali has worked with two generations of actors now and many wait for their chance to collaborate with the ace director.

It was speculated that Kartik Aaryan was signed for Bhansali’s web series Heera Mandi. Now, a recent SpotboyE report shut down the rumours and suggested that the reports were mere conjecture.

The recent report also quoted a source saying, “No male actor has been cast in Heera Mandi as yet. The plot of Heera Mandi revolves around a gallery of interesting women from different generations in a  brothel. It is  important  for Sanjay Bhansali to find the right faces  for every female protagonist in Heera Mandi.”

The actresses considered by SLB are some of the most celebrated actresses of their generations and they know to enchant the audience with their act.