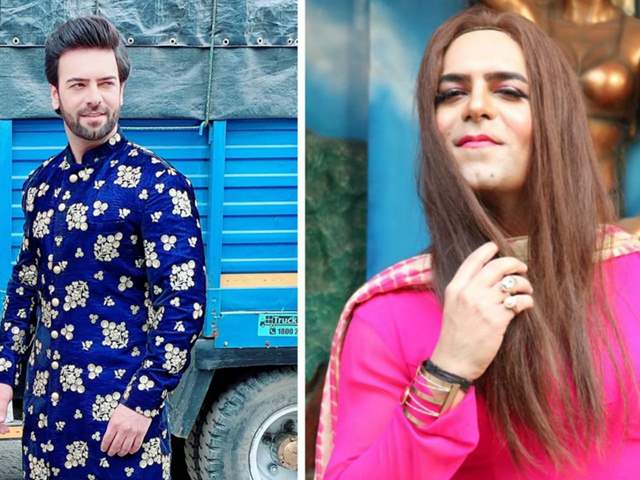 Actor Sanjay Gagnani takes versatility to the next level by portraying a girl’s character in his show Kundali Bhagya.

On this character transition Sanjay says , “It took me almost 2 hours to get ready and achieve the look of a girl. Since I’ve been into this look before too, I know and realise how tough it is for female actors to get ready and achieve the kind of look they aim for. As a male actor, I’ve always wondered why do female actors take so much time to get ready only until I’m required to get into a female look, I realised why and so I have high respect for all the female actresses around the globe for being so hardworking, dedicated and strong."

Sanjay effortlessly plays the character by getting the movements and expression right. On what went behind the character sanjay share’s ,”As an actor, I’ve always craved for Perusing excellence in my craft. I love it when people get entertained with my performance and compliment me for my hard work, versatility and consistency.

As an actor I feel responsible for the dose of entertainment for my audience and so, I give in my heart and soul in my work and my craft”

Kundali Bhagya is one show which has turned the tables for Sanjay. Sanjay says “Kundali Bhagya has changed my bhagya. It has earned my fans worldwide, made me a household name, earned me a lot of awards, the tag Villainero (villain hero) by the viewers, listed me in the top ten iconic villains of Indian Television as well as it has given me a scope to incorporate different looks and characters whenever the role has required me to adapt a disguise look in order to perform vicious activities in the show. I can safely say that Prithvi Malhotra is presently the most evil, cunning, stylish, unpredictable and entertaining Villain-Hero in the business and the entire credit goes to the Producer Ekta Kapoor Ma’am , creative director Mukta Dhond Ma’am, Writer Anil Nagpal, director Neeraj Baliyan for shaping up this role the way it is."

+ 6
16 days ago Prithvi is over hyped and definately not that likeable onscreen. All that he has said is given to him by himself and not "worldwide audience"