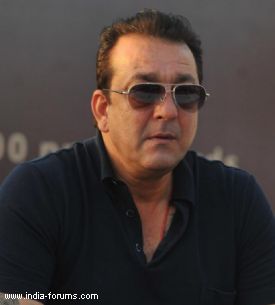 Bollywood actor Sanjay Dutt, currently out on parole, got an extension of the parole due to his wife's illness, here Monday.

Dutt, who secured parole Dec 21 from Pune's Yerawada Central Jail (YCJ), was expected to return to the jail after completing his one-month leave from prison Monday.

He had recently submitted an application seeking extension of parole to the Pune divisional commissioner on account of Manyata's worsening health condition.

Manyata is reported to be suffering from multiple ailments of the heart and liver and was admitted to Global Hospital in Parel, Mumbai, over a week ago for treatment.

Prior to this, Dutt had been released on a fortnight long furlough, which was extended by another fortnight in Oct 2013.

A convict in the March 1993 Mumbai serial bomb blasts case, Dutt had surrendered before a Mumbai special court in May 2013 after his conviction was confirmed by the Supreme Court.

Since he had already served 18 months of his five-year sentence, Dutt returned to YCJ to serve the remaining 42 months of his conviction for illegal possession of weapons in 1993.

Arjun Bijlani on music video with Reem Shaikh: I feel Ishq ...
6 minutes ago

Malaika Arora shares her biggest challenges upon Testing ...
39 minutes ago