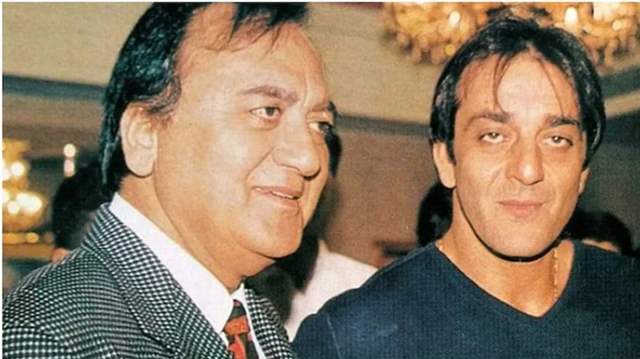 Sanjay Dutt is presently reaping the success of KGF Chapter 2, his most recent film. Fans were ecstatic to witness his dark side on the big screen in this film. Sanjay had a strong bond with his father, who was his consistent support in all aspects of his life.

On the death anniversary of his father Sunil Dutt , the actor took to Instagram to post a flashback photo of himself with his late father and veteran actor, along with an emotional remark. The actor must be missing his father a lot today, as seen by the post.

In the throwback picture shared by the Munna Bhai MBBS actor, the father-son duo can be seen striking a swag pose for the lens. Sanjay is standing behind his dad looking away from the camera while holding on to him from the back.

Sharing this photograph Sanjay pennned, "Through thick and thin, you were always there to guide and protect me. You were my strength, inspiration and support in every need... the best a son could ask for. You will always be in my heart Dad, I miss you!"

Meanwhile, Sanjay Dutt's most recent film, KGF: Chapter 2, is smashing box office records, and his portrayal of a fierce villain, Adheera, has astonished audiences with his impeccable performance. The film also starred rocking star Yash, Raveena Tandon and Srinidhi Shetty in pivotal roles. Sanjay Dutt has a number of fascinating film projects coming up, including Shamshera wherein he will star alongside Ranbir Kapoor,  Ghudchadi, and, Prithiviraj. Apart from that, he has signed up for a few more intriguing ventures, the details of which will be revealed soon.