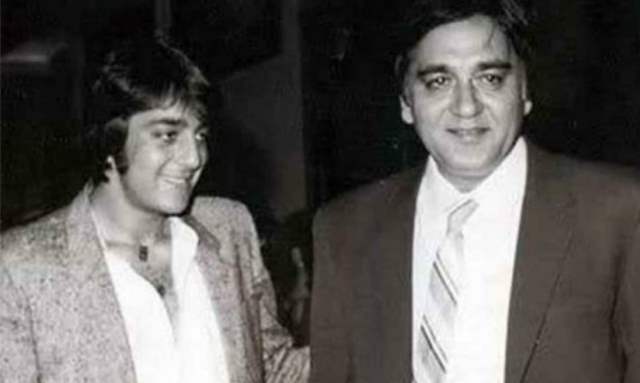 Actor Sanjay Dutt took to his social media handle to post a moving picture of him and his late dad Sunil Dutt to highlight his birth anniversary. He penned an emotional note remembering his father, on his 16th death anniversary and shared a happy monochrome picture of them.

Summing up his emotions for his father, the caption of the post is the perfect verbiage for any child's emotions.

A very young Sanjay Dutt standing just beside his father Sunil Dutt who he looks up to, even in the picture. The caption reads, "A parent, an idol, a friend, a mentor - you were everything to me. Love you Dad, miss you."

Expressing his truest emotion, the photo posted by Sanjay Dutt is for everyone to reminisce. Everyone is familiar with the abundance of love the actor has for his parents. His father, Sunil Dutt was the anchor of his ship and an epitome of strength and also, a phenomenal actor. Today, on his death anniversary, he is missed dearly.

The memory from his past goes to signify that some people are just there with you from the beginning till the end and Sanjay's dad Sunil Dutt will always be with him. Those we love never truly leave us and there are things that death cannot touch which are those joyous memories that will always be there with Sanjay Dutt, no matter what!

On the work front, Sanjay Dutt is all set to debut in the Kannada film industry with ‘KGF Chapter 2’. He will be essaying the role of a mean antagonist who goes by the name of Adheera.