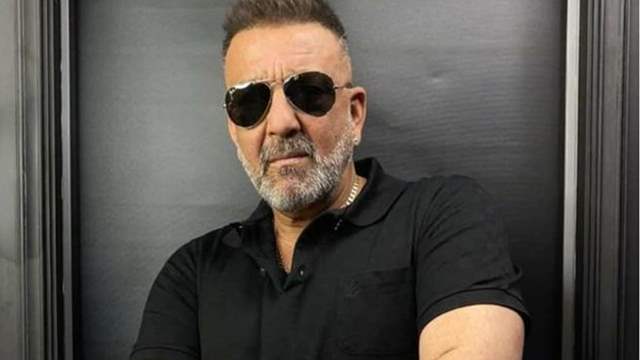 Sanjay Dutt will be seen essaying the role of Adheera in the much anticipated and awaited KGF Chapter 2. The teaser came out two days ago but the volume of views have made it a record-breaking one. Sanjay Dutt's character is still under the wraps, even the teaser didn't give us a whole look to Adheera and the curiosity is increasing day by day.

Dutt will be seen as a cruel master, 'Adheera' in KGF Chapter 2. His role is a pivotal one and his looks are inspired from Vikings. His look came out on his birthday and his fans gave since been waiting impatiently to for the teasers and movie to come out so that they get to have a look at Sanju's Adheera.

Sanjay Dutt shared in a statement shared by his team, "Prashanth is a very humble guy, it was a very smooth sailing experience to shoot with him. It was my first time working with him and I had all the comfort from him, it felt like I was always a part of this KGF universe. I share a great rapport with him now, we have shared a lot of anecdotes with each other. His work style is different and his direction has helped me learn a lot."

He will essay the role of Indian Army Scout Ranchordas Pagi in 'Bhuj: The Pride Of India'. The movie, 'Shamshera' is set in the 1800s and will see Dutt in the pre-colonial times. In 'Toolsidas Junior', he will be seen as a snooker coach. With such blockbusters in his basket, Sanjay Dutt is all set to own the box office in 2021, and we wish him all the luck.

Reportedly, the actor had been shooting constantly from the first week of December till the end of the month for ‘KGF: Chapter 2’. His indelible spirit ceased him to work without a body double and did all the action sequences by himself. With 4 releases in a year Sanju is all set to take 2021 by its horn. He will be seen as Adheera in KGF 2 which is his next.

+ 3
1 months ago So many mistakes in the article. Don't you guys proofread before posting?