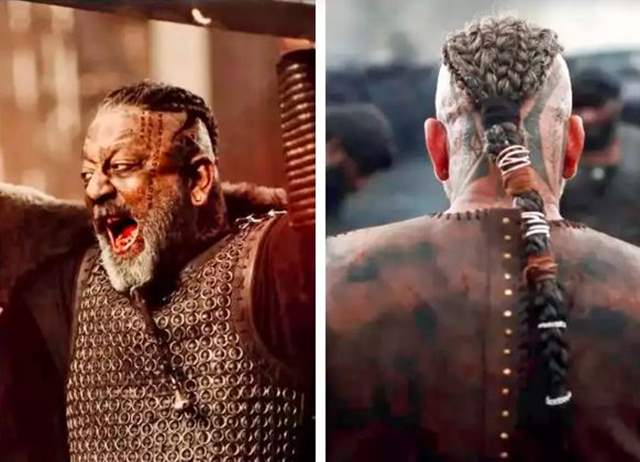 Unless you are living under a rock, you would have already been hit by the wave that the trailer of KGF Chapter 2 caused a couple of days ago. The trailer was all kinds of stupendous and the fans, who have been waiting for the film for the longest time weren't disappointed by the sheer scale that the trailer showcased and the film promises to.

One of the highlights of the trailer was watching Sanjay Dutt in action as Adheera. Dutt's look had already achieved maximum attention from everyone and the trailer only made it bigger and badder. Looking at the way he appears, Dutt's armourand hairstyle in play looks heavy and difficult to pull off.

That is indeed true as stylist Naveen Shetty went on to talk about it in an interview with a portal. According to him, the idea was to convey, through his clothes, that this guy is eccentric and unpredictable. It helped that Dutt was game to experiment with his look, knowing that the right avatar would only aid in making Adheera an indelible villain.

Elaborating further, Shetty added that the actor wanted to go all out. It was an excruciating shoot and they would take an hour to lock the look daily. The stylist also stated that Dutt would shoot every day, wearing the armour that weighed 25 kilos. This was in addition to a lot of metal chains that he sported.

Shetty also went on to say that after several rounds of brainstorming, they locked a vintage rugged look for the actor in the film. The tattoos, he revealed, were Dutt’s idea. Vintage tie-and-dye scarves were used as towels for the character. According to the stylist, all this signifies the kind of man he is. He isn’t minimalistic; everything about him is edgy and over-the-top.

The mammoth film is all set to hit the theatres on 14th April 2022.