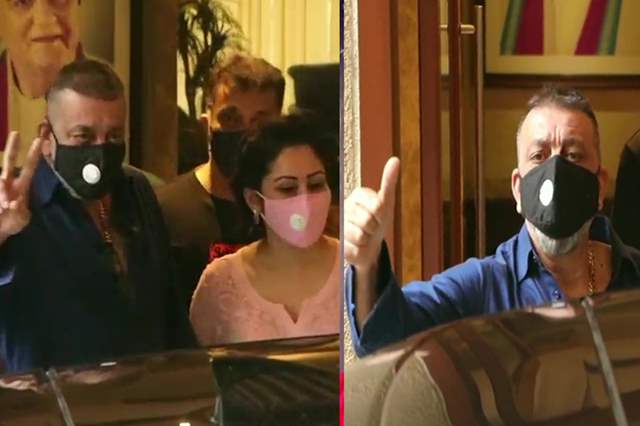 It is no secret that it was indeed a massive shock when it was reported that actor Sanjay Dutt has been diagnosed with Stage 3 Lung Cancer and that was the reason that he was rushed to hospital a few days prior complaining about breathing issues. As soon as this has been known, there have also been reports about how the actor is all set to fly away to the USA for treatment. However, before all that, the actor was recently all set to be leaving for Kokilaben Hospital where he was captured by the paparazzi.

Dutt, along with his wife, Maanyata Dutt and sister Priya Dutt was spotted and as soon as the actor saw all the paps outside his residence, he went on to humbly greet everyone by folding his hands while greeting them. And further having gotten emotional, Dutt urged all his supporters to pray for him saying the words 'prarthana karo" (pray for me).

We certainly hope that the actor recovers at the soonest and is in all good health once again.