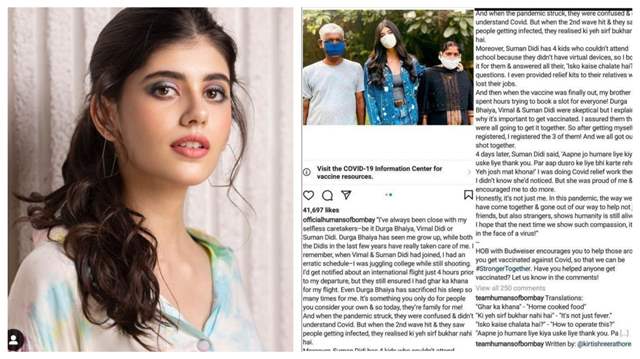 As one would know, Humans of Bombay (HOB) is a social media handle that documents different individuals’ stories of struggle and triumphs. Ranging from celebrities to commoners, the handle has received a lot of love and following over time.

Now, however, the handle took down a post that featured actor Sanjana Sanghi and her story. Sanghi spoke about how her staff was very helpful to her during the pandemic, and now she is returning the favour. This piece with Sanghi was reportedly a promoted collaboration with a beer brand.

Diet Sabya, another known social media handle known for calling out some shocking facts about several instances called this post out too highlighting how Sanghi and HOB used her three domestic workers as props to improve her own image.

The moment the handle put out the story about her post, many Instagram users started reacting and demanded that the HOB post should be taken down as it appeared to use Sanghi's domestic staff to earn praise for her. 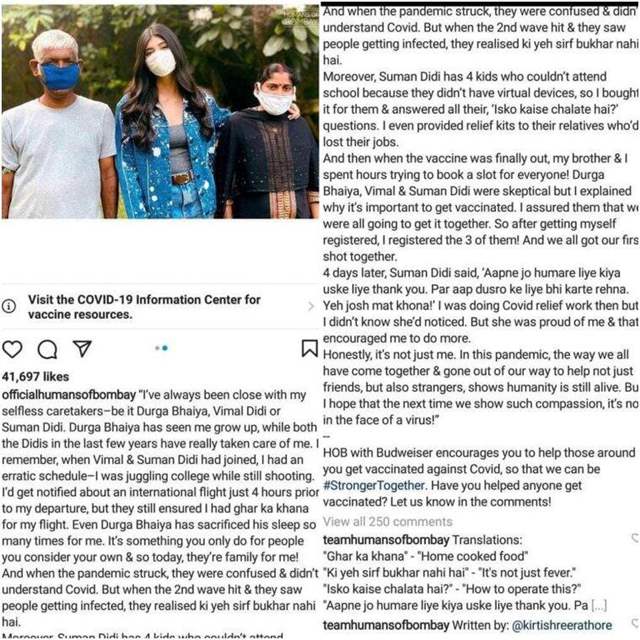 After the immense backlash that this post received, it has been taken down by the handle. An official statement from Sanghi is awaited as of now.

On the workfront, Sanghi is set to co-star Aditya Roy Kapur in upcoming film, Om: The Battle Within. 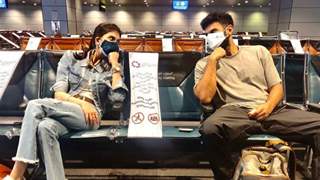