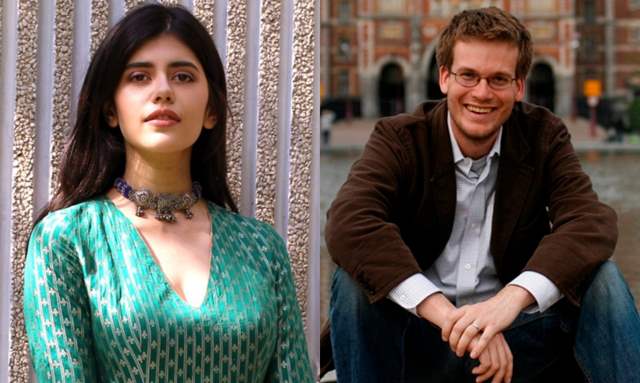 Sanjana Sanghi and the late Sushant Singh Rajput received huge applause from the fans and critics for their film Dil Bechara. Recently, the actress heaped praises for her performance by none other than John Green who is the author of The Fault In Our Stars.

Green, in a personal text message to Sanjana, spoke and praised Dil Bechara which is the Hindi remake of Hollywood film The Fault In Our Stars, based on the book with the same title. It marks Sushant Singh Rajput’s last film and released on Disney+Hotstar in July this year.

The author watched the film soon after its release and shared his review with Sanjana. He wrote, “Hey, Sanjana. John Green here, author of The Fault in Our Stars. I saw the Dil Bechara film today and really enjoyed it. I thought your performance was magnificent--full of humor and heart and deep wells of emotion. Thank you for giving such wonderful life to Kizie, and in doing so, giving new life to Hazel Grace Lancaster. I can only imagine how difficult this whole process has been with the tragic loss of your co-star. I just wanted to say thank you thank you thank you for helping bring the film to life. I wish you all the best with what I hope is a very bright future.”

Reacting to his note of appreciation, Sanjana shared a screenshot on Instagram as she wrote, “ITS JOHN GREEN HIMSELF! Could NOT resist sharing this moment with you all. And CANNOT be more annoyed with myself for missing this beautiful message for over 3 months. Thank you for these unfathomable words John. I will simply never be able to articulate what this means to me. It takes away so much heartache and pain. Thank you for giving us the most broken but beautiful world of The Fault In Our Stars, For watching our labour of love the very day it released, For embracing Kizie, she has both given and taken away so much from me. For giving us Hazel Grace Lancaster. It fills my heart up to know you felt I even came close to doing justice to the depths of her emotional journey. Indebted to you, forever. A forever fan. TFIOS all the way!”

Dil Bechara was a bittersweet release for all fans of Sushant Singh Rajput. The film gave us the opportunity of watching Sushant light up the screen yet again but was also a reminder that this is his last film ever.

Sushant Singh Rajput, who was found dead at his Bandra residence on June 14, still lives on in the hearts of his fans. His death is being probed by the CBI.