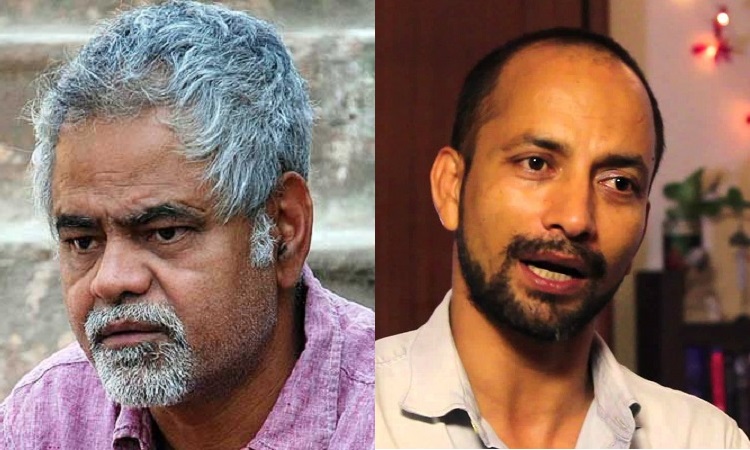 The film is backed by Eros International and Drishyam Films.

For Mehta, whose Gujarati-language documentary 'Amdavad Ma Famous' won a National Award and who wrote 'Trapped', it's a 'great high' that his first feature film will be shown at Busan, what he calls the 'mecca of Asian cinema'.

"It's a great high that my first feature getting to such a film festival. I am very happy that Drishyam Films chose to produce this film because nobody else could have produced a movie like this, in Mumbai at least. They gave a very free hand," Mehta told IANS over the phone.

The film, he says, is about a character actor and his obsession for achieving a milestone.

"It's about how at the fag end of your life, you realize that all your life you did something, but if you did that one little thing, your life would be complete. It's about a character actor who did many roles but didn't do one important role. That's the journey of the film," Mehta said.

Its first look poster features Sanjai in various avatars of a character actor.

"I really wanted Sanjai Mishra sir to do the film because he has himself been a character actor and he has seen the whole evolving phase of Hindi cinema. He came in during the early 1990s and has seen how the shift has happened from mainstream films to interesting content-driven films also.

Also, with Sanjai and Deepak sharing the screen space, it's a casting coup which Mehta hopes will leave the audience with a smile on their face with their "magical performance".

There is a humorous vibe to the movie.

"It is a very Indian film, and very relatable to Hindi cinema's character actors. There is not so much stereotyping in the cinema outside India... But our industry has it that if an actor is playing an inspector, he will be seen as that, if he's a villain, then he will keep playing the villain.

"So, 'Kaamyaab', in a way is trying to give a tribute, but at the same time also be humorous about it. It's not that we are making a mockery of it, but there's just a lot of situational humor in it," Mehta said.

He is curious to know how Asian cinema people react to it though he feels "humor is universal".

The idea for such a movie germinated in Mehta's mind as he witnessed the evolution of cinema in India.

"I was born in 1983, and while growing up during the 1980s and 1990s, posters had 10-12 actors apart from the hero... There were actors like Sadashiv Amrapurkar, MacMohan, Sudhir, Viju Khote... and when we came to Mumbai to make films, all these faces went away from posters and only the hero's face was seen.

"Single screens started evolving into multiplexes. So, at first the idea was to do something around this single screen to multiplex trend, but then I thought it will be more about nostalgia and romanticising.

"That's when I thought of talking about a character actor who was a part of Hindi mainstream cinema always in the posters and songs... What do they do? It was more of a fascination and curiosity about their lives."

Drishyam Films founder Manish Mundra is proud of the journey that 'Kaamyaab' is set to make.

"Our philosophy is to give young working directors and talent a platform to create world-class cinema. We believe in the film and it's great to see it getting its due," Mundra told IANS.

The 23rd Busan International Film Festival will be held from October 4-13.