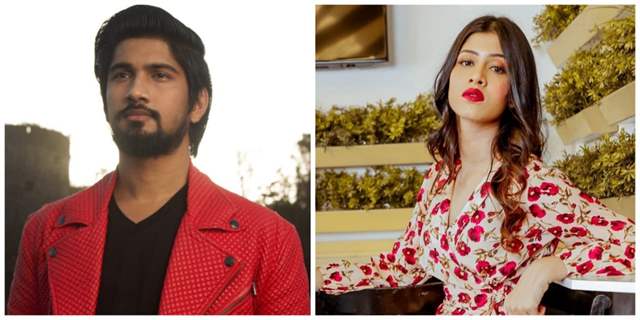 Actor Sandesh Gour says that the story is based on a two different professionals who meet coincidentally. While Sheetal Tiwari played Photographer and she got an assignment to click Mumbai city where she meets a handsome, smart stranger guy who is a Branch Manager, played by Sandesh Gour. He falls in love at first sight with the photographer. He starts his journey with her driving through the sight seeings of Mumbai and thus  the romantic song begins.

Actress, super model and MTV Splitsvilla 11 fame Sheetal Tiwari was last seen in Ekta Kapoor's web series Baarish season 1 & 2 with Star Sharman Joshi, Yaari was her recent music video. She added, "this song is really amazing. I'm true lover of romantic songs and I'm happy to be part of this Music Video. I'm super excited for this song. Its close to my heart now."

Singer & Composer Mr. Sonu Singh (SP) added that he is excited to associate again with team of his last hit song "Roothe Chahe Rab". He is sure that audience will gonna love this romantic song.

Jitendra Singh Tomar, who has an experience of 3 years in television industry, now moved into music video industry.  He had previously done a music video with Sandesh Gour and Sheetal Tiwari for Tips Industries. Director Jitendra says that while shooting "Roothe Chahe Rab" he loves the chemistry between Sandesh & Sheetal. So he planned to shoot another one with the same cast but with a new romantic twist. Also he is thankful to his associate director, Niraj Shojan, who worked really hard with the post production team giving the best tone for the song in his absence. He said that after listening to the song, he creates story, concept & visuals of songs and then he narrated it to everyone. Everyone appreciated it. He added his crew names, Pradeep Yadav as Director of Photography, Niraj Shojan as an Associate Director, Suraj as MakeUp Artist, Camera & Lights were provided by Rajesh Mugullu (Bollywood Film Equipments), Post Production at JST Films.