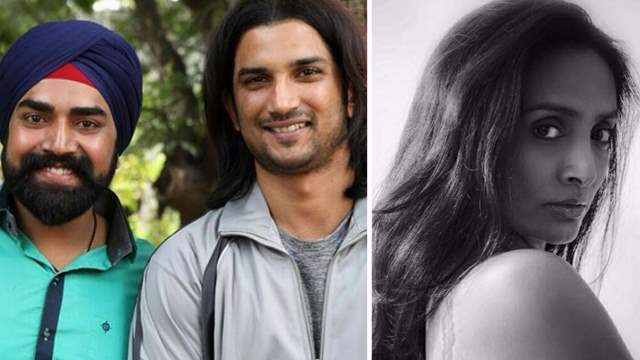 Actor Sandeep Nahar, known for his stint in Sushant Singh Rajput starrer 'MS Dhoni: The Untold Story', followed by the Akshay Kumar-led 'Kesari' and then in the Sonakshi Sinha movie 'Khandaani Shafakhana' died by suicide on Monday, February 15, 2021.

His former co star Suchitra Pillai, who worker with him on the show Kehne Ko Humsafar Hai remembers the late actor and also shares that Sandeep was deeply affected by Sushant Singh Rajput’s suicide in June 2020.

Sandeep worked with Sushant Singh Rajput on the film MS Dhoni: The Untold Story. Suchitra says that she heard via common friends that Sandeep was 'shocked' when Sushant allegedly died by suicide last year. "He was totally shocked. He would ask why would anybody do such a thing? He was very much affected by the whole episode. So, it is shocking for us that he himself took this step,” she told Times of India.

Sandeep Nahar was found dead at his residence in Mumbai's Goregaon area on Monday. Just hours before taking the drastic step, Sandeep Nahar had posted a video of himself where he talked about "politics" he faced in Bollywood and also blamed his wife, Kanchan, for harassing and black mailing him.

Suchitra says that she was shocked after watching the video and that she along with other friends tried to get to procure his residential address from the contract but the office was shut, she says.

“Meanwhile, we managed to get in touch with a friend of his, and he said that he was on the way to Sandeep’s house and then we got to know about the development” she added.

Sandeep also left behind a suicide note wherein he talked about his troubled marriage and accused his wife Kanchan Sharma of picking up arguments almost every day on 'issues of the past' and blackmailing him.

Speaking of the same, Suchitra adds that Sandeep never spoke about his personal life with her, however , he did speak about his journey in Bollywood.

Suchitra also went on to remember Sandeep as a jovial person and stated that she had never seen him upset on the set for all the three years that they worked together.

Joel Rey 1 months ago Suchitra Pillai passes stools in the toilet every morning. I wash her sexy dirty shit hole.