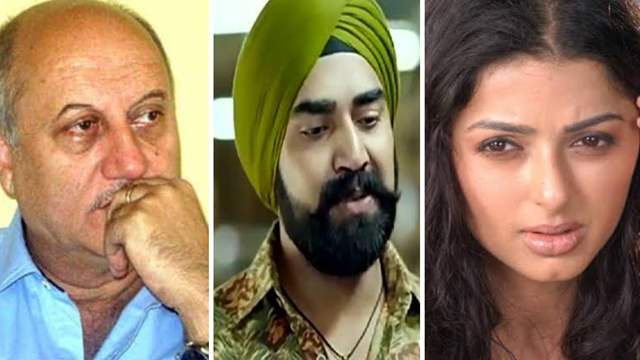 Actor Sandeep Nahar, known for his stint in Sushant Singh Rajput starrer 'MS Dhoni: The Untold Story', followed by the Akshay Kumar-led 'Kesari' and then in the Sonakshi Sinha movie 'Khandaani Shafakhana' died allegedly by suicide on Monday, February 15, 2021.

His demise has sent shockwaves to his family and friends in the industry. His colleagues in Bollywood have come forward to mourn his demise and also remembered him with heartfelt messages.

Actor Anupam Kher, who was Sandeep's co-actor in the Dhoni biopic says that he is shocked to know about the sad news. "Sandeep was a happy-go-lucky guy. I met him on the sets of that film only. I had about two-three scenes with him. He had more scenes with other actors in the film but he was undoubtedly a good actor” he told ETimes.

Bhumika Chawla, who was also a part of the same film stated that she did not have much scenes with Sandeep in the film but said that whatever happened is extremely sad. "Depression and suicides have become common; it is so unfortunate” she told the daily.

Sandeep Nahar was found dead at his residence in Mumbai's Goregaon area on Monday. He left behind a suicide note wherein he talked about his troubled marriage and accused his wife Kanchan Sharma of picking up arguments almost every day on 'issues of the past' and blackmailing him.